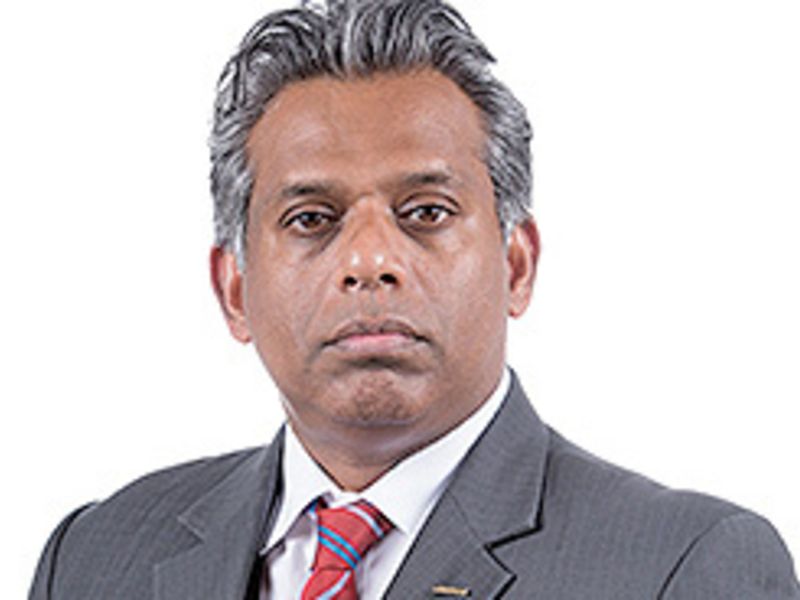 TOKYO — A top Nissan executive indicated he copped a plea deal to testify against ousted Chairman Carlos Ghosn because he was worried about possibly getting snared in the legal swoop.

Hari Nada, a star government witness and the executive running Nissan’s legal office at the time of Ghosn’s arrest, said internal investigations into Ghosn’s alleged misconduct began as early as January 2018, at least 10 months before Tokyo authorities arrested Ghosn on Nov. 19 of that year.

Nada, testifying last week before the Tokyo District Court in the case against former Nissan director Greg Kelly, offered his first public explanation for what made him turn on Nissan’s longtime boss.

The initial probe into Ghosn, he said, was launched by Nissan’s statutory auditor, Hidetoshi Imazu, to look into questions about Ghosn’s billing of personal air travel to the company. That investigation expanded to look into suspicions about some $80 million in deferred compensation allegedly owed to Ghosn.

On trial now is Kelly, a 64-year-old former Nissan human resources executive from suburban Nashville. Kelly, who had preceded Nada in his job, maintains that he is not guilty of the charge of financial misconduct.

But Nada, who also was head of the offices of the chairman and CEO, asserted he worked closely with Kelly for years on a scheme to pay Ghosn more than $80 million in undisclosed compensation after he retired from the helm of Nissan. In 2018, Nada said, Ghosn was expected to retire the following year, triggering the imminent execution of the plan to pay him that money.

Nada said misgivings about the legality of the arrangement caused him to raise a red flag.

“The train was about to leave the station, and it had to be stopped,” Nada said. “I was as sure as I could be that Mr. Ghosn would retire in 2019, and I felt we should stop this scheme.”

After Ghosn and Kelly were arrested in November 2018, Nada stayed on as head of the company’s legal department and led Nissan’s continuing internal investigation into the scandal. But he was sidelined in October 2019 amid mounting concern about conflict of interest, since he was essentially investigating allegations of activities he admitted having a hand in. Nada remains a senior vice president at the automaker with a role as “adviser.”

Nada said he raised concerns in May 2018 about Ghosn’s deferred compensation to Hitoshi Kawaguchi, the executive then in charge of government affairs, who relayed it to Imazu.

Nada said he advised Imazu to launch an internal investigation, with the help of external law firms, including Nissan’s outside legal counsel, Latham & Watkins.

The strategy at the time, Nada testified, was to collect evidence against Ghosn, confront the company’s leader at a board meeting and compel him to resign. If Ghosn refused to step down, the company planned to turn over its findings to prosecutors, Nada testified.

“If he did not resign, the file would be placed in the hands of the authorities,” Nada said.

But before things got to that stage, unknown to Nada, Imazu made contact with the Tokyo prosecutor’s office to discuss the matter. Once the authorities had been tipped off that something was amiss at Nissan, Nada was apparently spooked into taking action of his own.

“I recognized prosecutors at least knew Nissan was involved,” Nada told the court. “I was concerned my own involvement would be misunderstood. … I was involved in carrying out many of the things Mr. Ghosn was under investigation for. My involvement could be mischaracterized.”

Nada said he consulted a lawyer in July 2018 who advised him of Japan’s newly adopted plea bargain law. In September, Nada had his first meeting to talk with Tokyo prosecutors.

But he was not guaranteed a deal when he first approached them, Nada testified. He finally netted a plea bargain Oct. 31 after cooperating with them to gather evidence. Ghosn was arrested two and a half weeks later.

Nada’s testimony in the Tokyo courtroom sheds light on why the close Ghosn aide flipped on his boss. It painted a picture of a man waffling on getting authorities involved until his hand was forced to save his own skin.

Nada said he knew removing Ghosn, who saved Nissan from bankruptcy in 1999 and forged its alliance with French partner Renault over nearly two decades, would trigger tumult at Nissan and the alliance.

“It would be terrible for the company,” said Nada. “When the company’s CEO is found to do bad things, it’s the company that has done bad things.”

But in the final analysis, he said, “the priority was to stop these things from happening.”

Nada’s testimony also painted the fullest picture yet of the allegations against Kelly. Nada asserted that Kelly instructed him to help devise ways to pay Ghosn the millions in postponed remuneration.

Prosecutors allege Ghosn and Kelly conspired to hide more than $80 million in deferred payment owed Ghosn after retirement. The money, prosecutors say, should have been disclosed in the company’s annual reports. But they charge that Ghosn wanted to avoid public scrutiny of his supersize salary in Japan and France and conspired with Kelly to hide the tens of millions from public view.

Kelly and Ghosn were arrested the same day after landing in Japan on separate flights. Both deny the charges. But Ghosn fled Japan in December 2019 to seek refuge in Beirut, beyond the reach of Japanese law. Kelly, left alone to stand trial, could face up to 15 years in prison if found guilty.

The trial began last September, but Kelly won’t have a chance to speak in his own defense until he takes the stand this spring. The trial is expected to end in July.

Kelly’s defense maintains that he was not directly involved with many of the remuneration discussions. Moreover, the payment methods Kelly pursued were framed as incentives to compensate Ghosn for future services to the company, not work already rendered. The goal, the defense says, was to retain Ghosn’s talent after he retired so he wouldn’t defect to a competitor.

Kelly’s defense also rests on the argument that those payouts were never decided. Thus, any agreements were not legally enforceable and there was no obligation to report them.

This article was originally published by Autonews.com. Read the original article here.