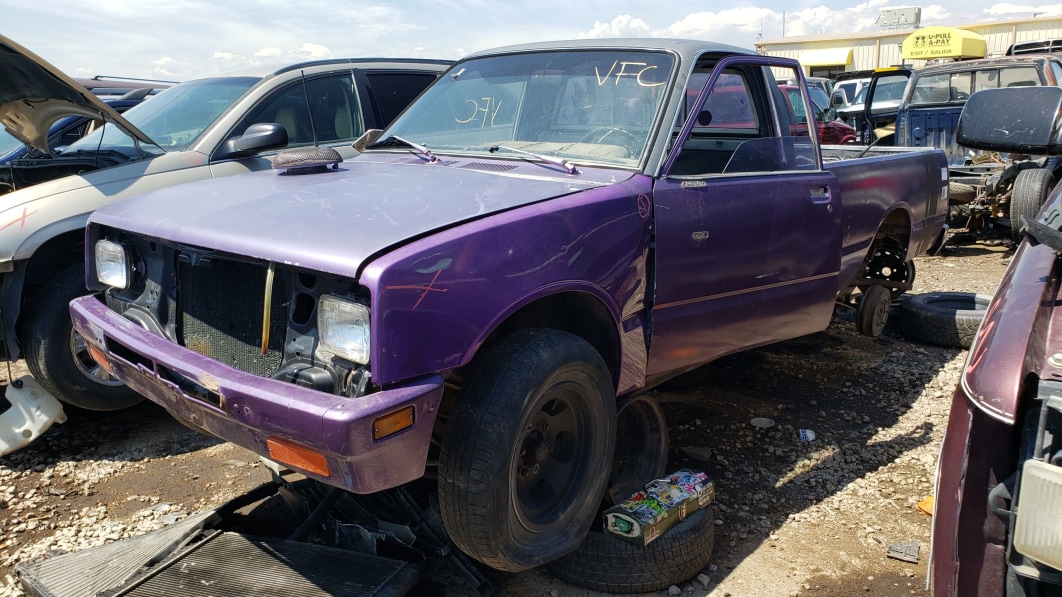 General Motors, wishing to sell a small pickup to compete with the likes of the Toyota Hilux and Nissan 521, began importing the Isuzu Faster for the 1972 model year, equipping it with Chevrolet LUV badges. Ford brought over the Mazda Proceed as the Courier the same year, while Chrysler turned to Mitsubishi to provide the Plymouth Arrow Truck and Dodge Ram 50 a bit later on. Once GM introduced the all-Detroit S-10 for the 1982 model year, however, the LUV’s reign ended. Fortunately for fans of the Light Utility Vehicle, Isuzu began selling these trucks under its own badging here in 1981. This truck was called the P’up, and sales continued through 1987. Here’s one of those P’ups, found in a Denver boneyard last month. 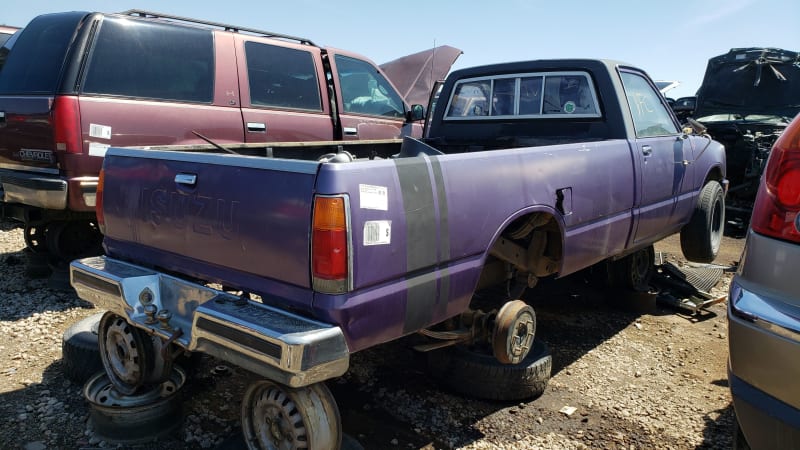 This truck has the long-bed option. The purple paint and black stripes appear to be non-factory items, as the engine-compartment paint is silver. 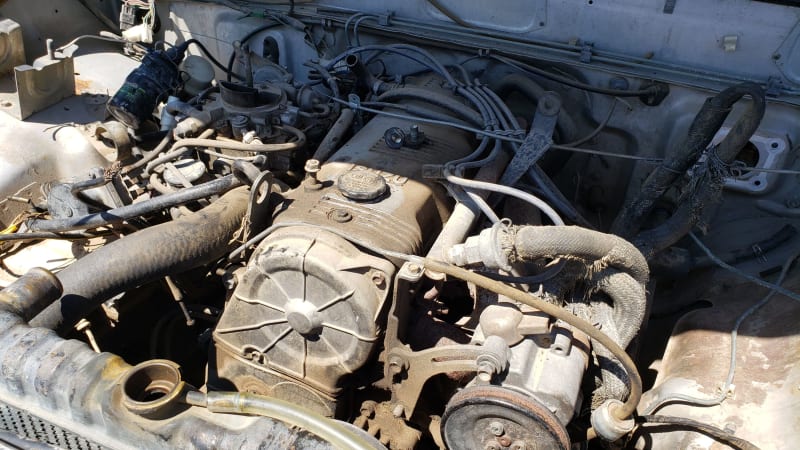 Under the hood, we see the 1.9-liter G200Z engine, as used in the Impulse and early Trooper. It had 86 horsepower on tap, which made this truck quite a bit zippier than the version with the 58-horse diesel (several decades back, I had a job that involved driving a diesel P’up and I can state from experience that the oil-burning P’up was an agonizingly slow machine). 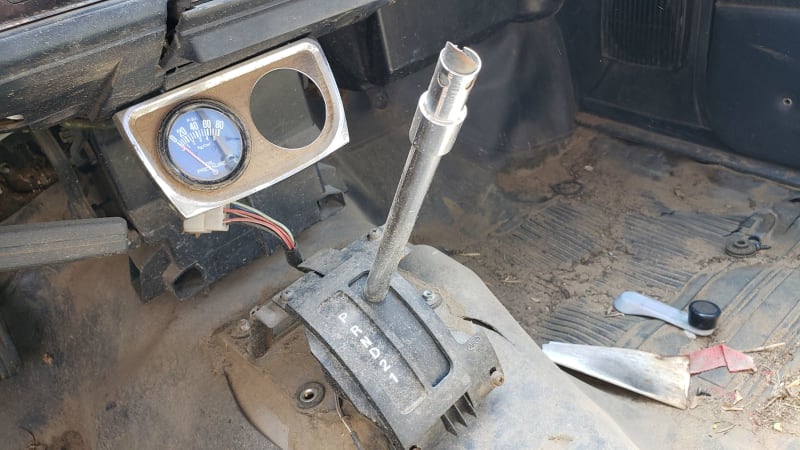 Still, this truck must have been on the poky side, what with its (optional) three-speed automatic transmission. 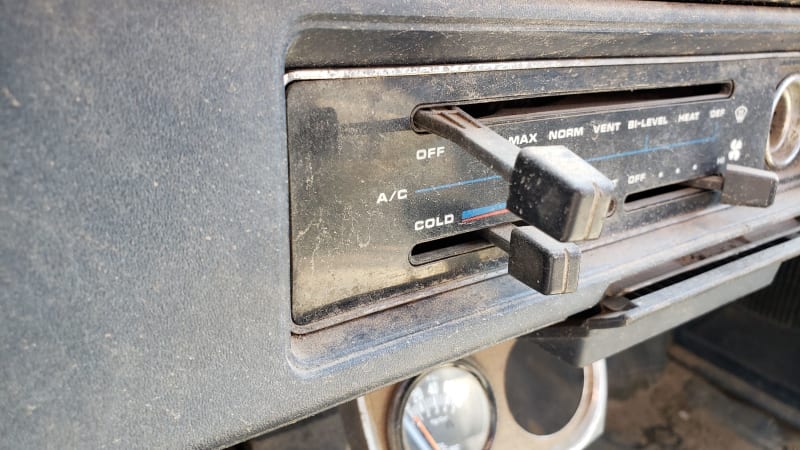 What’s this— air conditioning in a compact pickup? That was still something of a blasphemous idea in the middle 1980s. 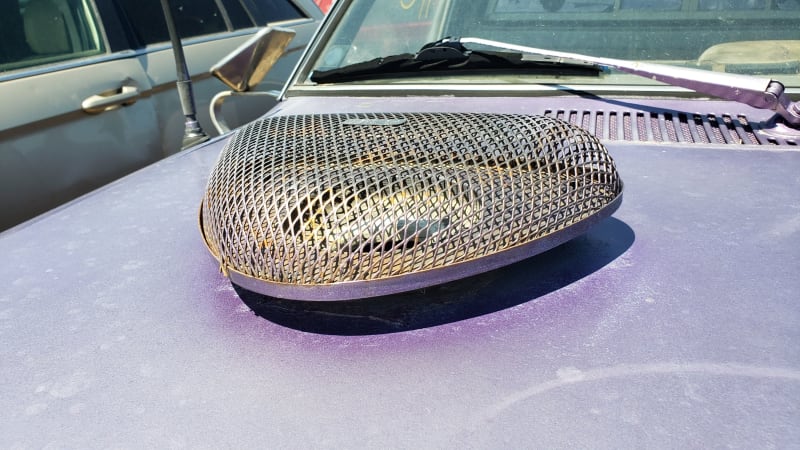 Someone installed a functional cold-air induction system involving an aftermarket air cleaner protruding from the hood, above the carburetor. Let’s hope there was a filter element in here, because it doesn’t do a carb any good to suck in bugs and dirt (not to mention filling with water while parked outdoors during rainstorms). 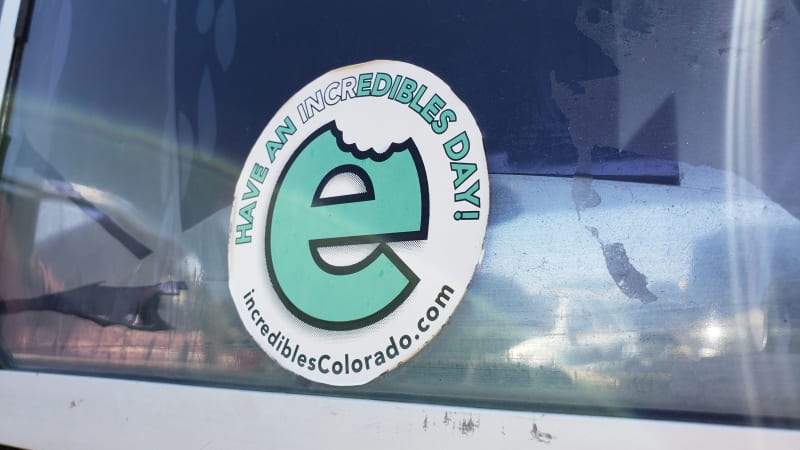 This is by far the most common sticker found on vehicles in Denver-area wrecking yards. The Incredibles Empire appears to get mightier with each passing day, though I see plenty of stickers from other cannabis-related businesses in these yards.

Fox Street Wellness is still around, though under a new name. What better vehicle for picking up a bag of Girl Scout Cookies weed (“best reserved for experienced cannabis consumers”) than a purple P’up with hood-mounted air cleaner? Today, the Purple P’up’s final parking spot is just a few miles to the north of this dispensary. 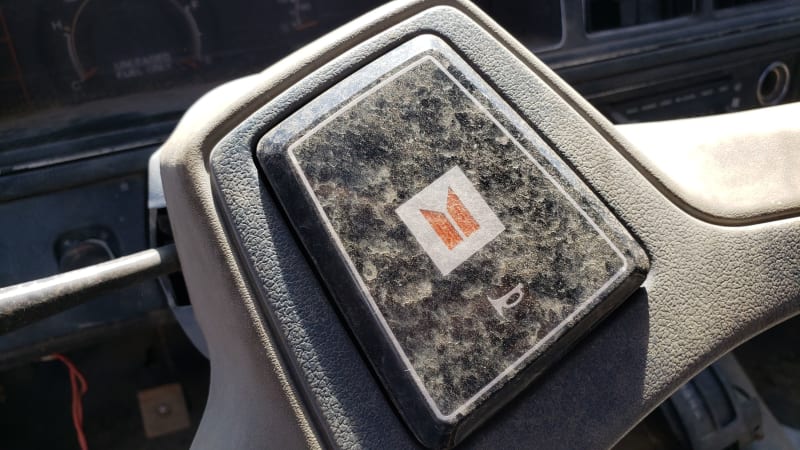 Isuzu-badged vehicles remained on sale in the United States through the 2009 model year, though many of the later ones were rebadged Hondas or Chevrolets.

Joe Isuzu claimed it was the cheapest truck in America in 1987… about six dollars.

In Thailand, the ’84 Faster escaped flaming disaster by driving through a glowing drainpipe of some sort.

If you can’t trust Joe Isuzu’s phony Supreme Court Justice, who can you trust?

In Australia, this truck was sold as the Holden Rodeo. There was no better truck for fleeing inquisitive law-enforcement personnel, if we are to believe this ad.