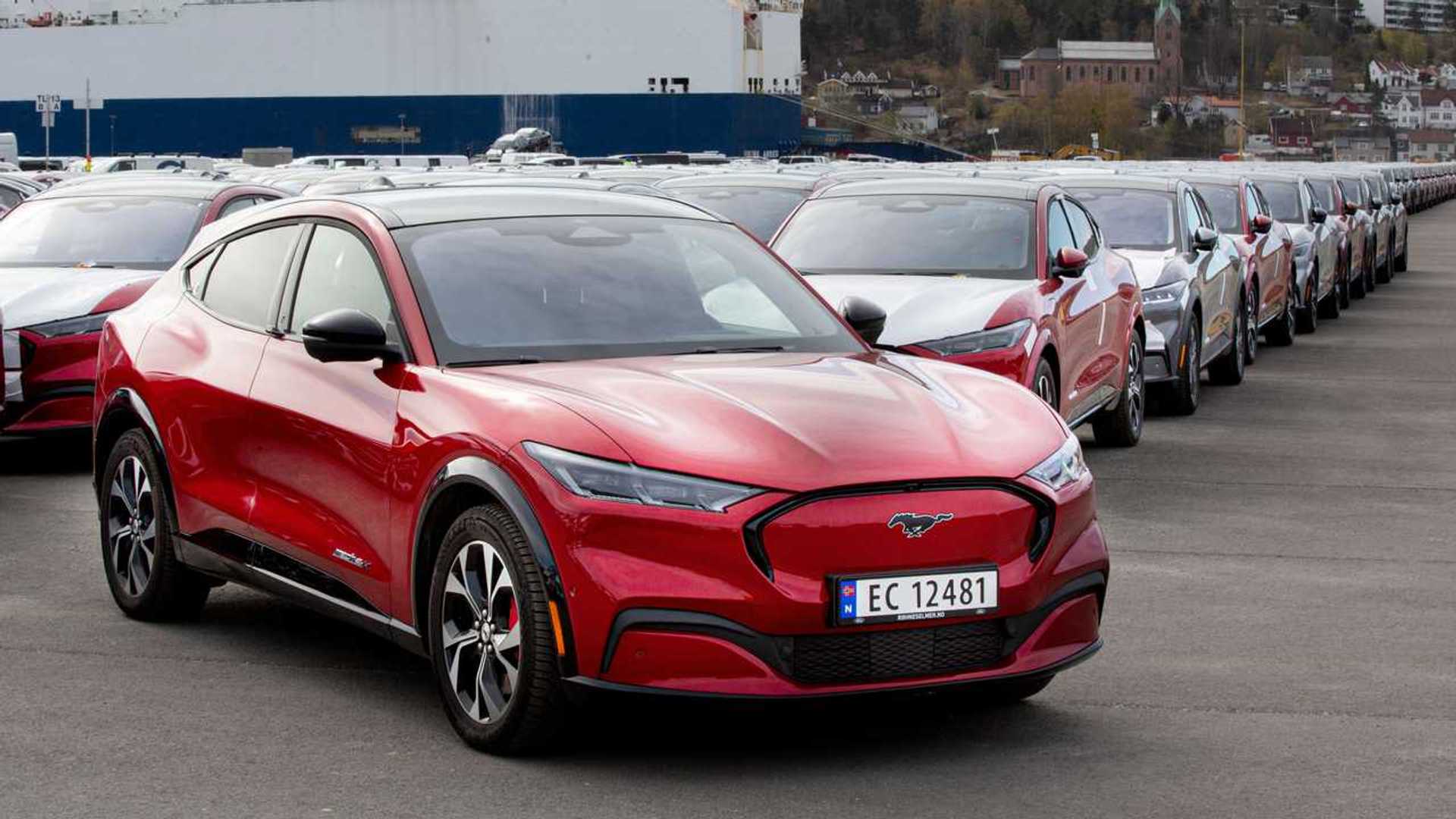 Ford has begun customer deliveries of the all-electric Mustang Mach-E in Norway, which usually is one of the first European markets for new BEV models.

It’s been quite some time since the first demo units arrived in late 2020, but overall it was a really low number of cars (under 100 new registrations year-to-date).

As we can see in the images, a high number of Mach-E were already unloaded and it’s expected that several thousand cars will be delivered to the customer before the summer holidays. 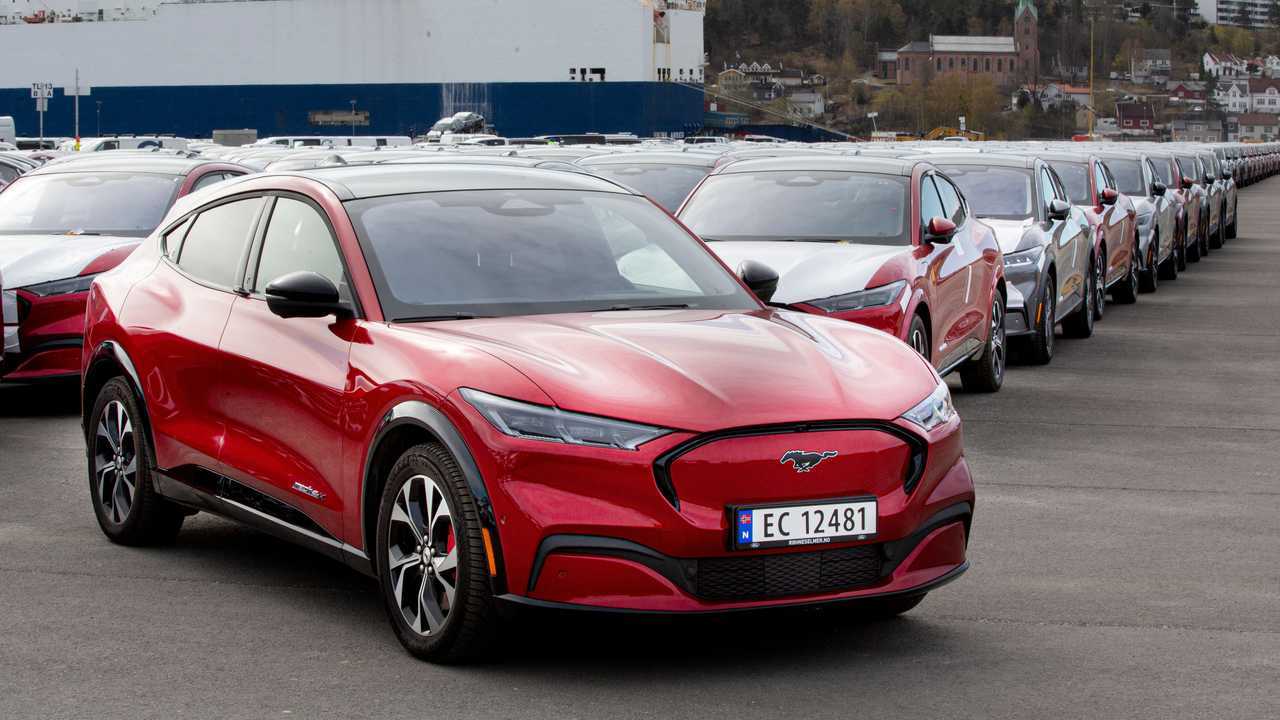 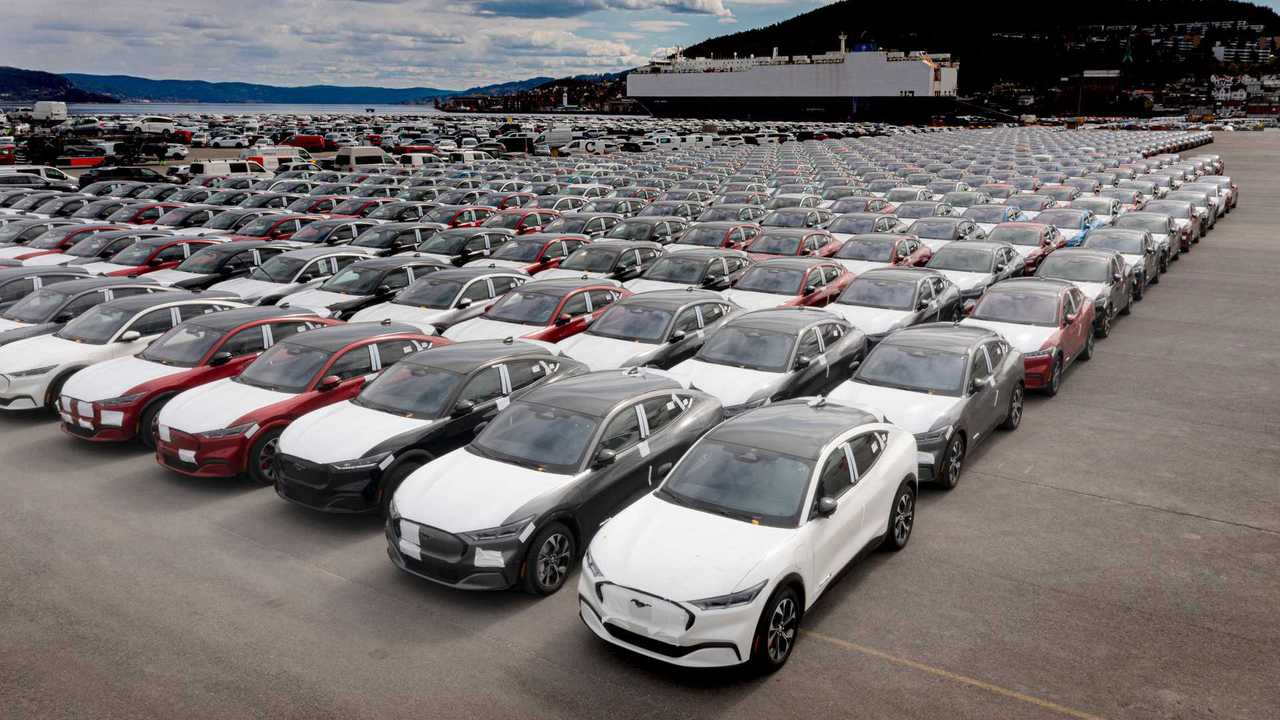 Thousands of cars sent to multiple European countries would explain a significant difference in cars produced and sold in the U.S. so far.

The first cars were already handed over to happy customers: 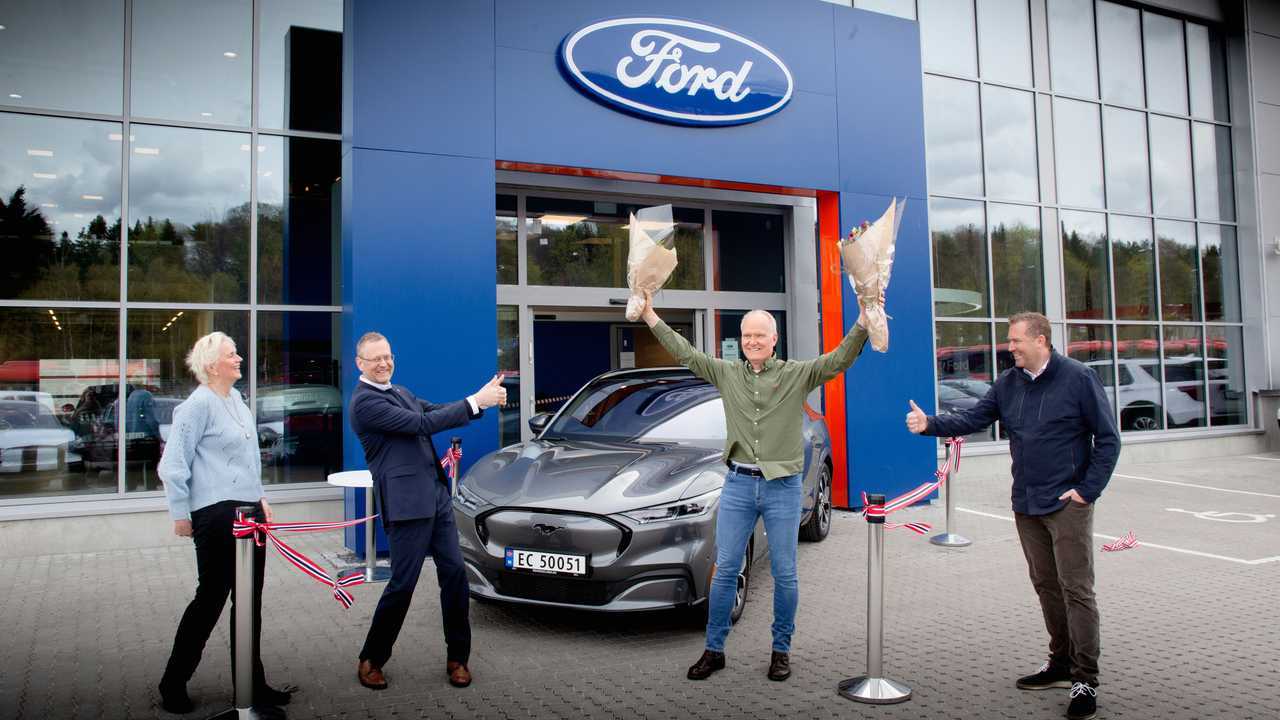 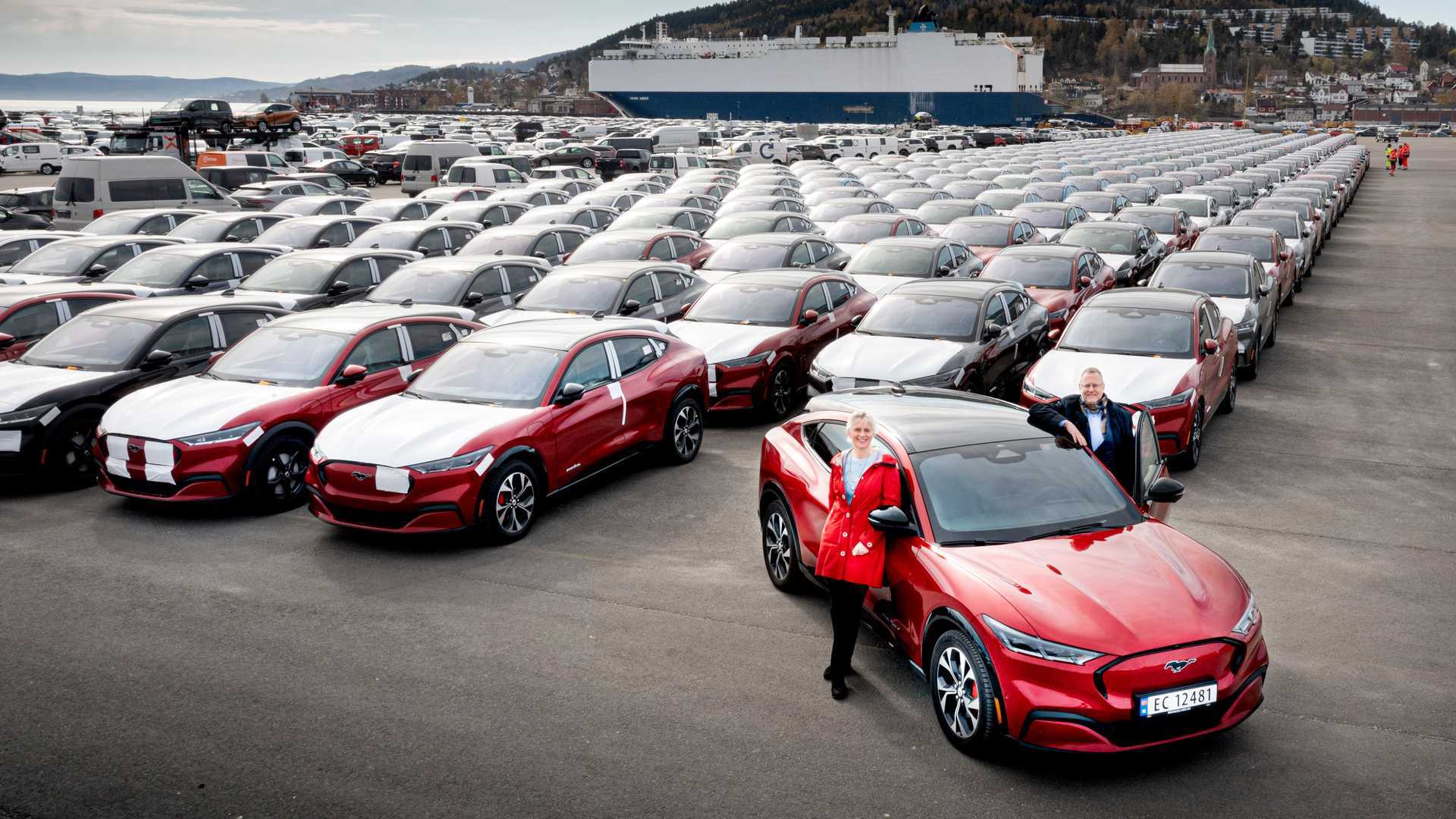 Hopefully, we will soon see volume deliveries of the Ford Mustang Mach-E also in other European countries.

Ford really needs to sell them in thousands (just like the new plug-in hybrids) to comply with the emission requirements in Europe. In 2020, the company failed to reach the CO2 target.