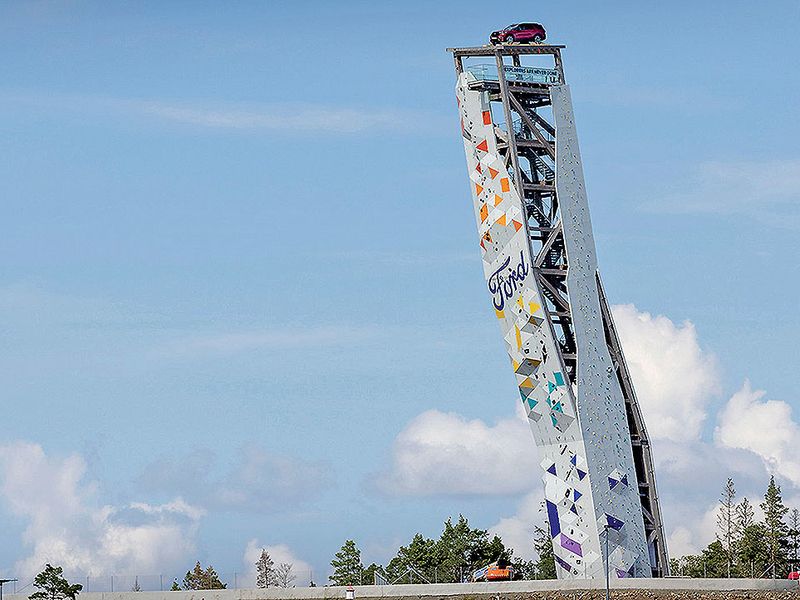 Up in the sky above southern Norway, it’s not a bird, a plane or even Superman. It was a Ford Explorer plug-in hybrid perched 154 feet off the ground.

A 21-year-old climber, Leo Ketil Boe, won a two-year lease from Ford Motor Co. by getting to the Explorer faster than 13 other competitors.

It took him 3 minutes and 33 seconds to scale the Over tower in Lillesand and win the Explore New Heights challenge.

In addition to the lease, Boe received a 3D-printed, 1/100-scale replica of the structure, which opened in June as the world’s tallest free-standing climbing tower.

Ford said engineers and architects spent six months planning the stunt to make sure the tower could support the Explorer. A crane placed it on a specially built platform installed above the observation deck.

Although the Explorer itself is already spoken for, it will remain on top of the tower through Aug. 27, and Ford is giving anyone who reaches the top — even the easy way, via the stairs — a limited edition T-shirt.

Ford said it ran the contest in Norway because it’s “one of the world’s most progressive markets for electrified vehicles.”