Chevy has stopped by Flavor Town to have a word with its mayor ahead of the August 12 MLB at Field of Dreams baseball game being played in Dyersville, Iowa. Together, they’ve created the Apple Pie Hot Dog.

The snack is designed to be made at home and was inspired by a Chevy ad from 1975 that proclaimed that “baseball, hot dogs, apple pie, and Chevrolet go together in the good old U.S.A.” Who better to create such a snack than the creator of trash can nachos, Guy Fieri?

“As a long-time Chevy guy, it’s awesome to be working together on this funky throwback snack for the MLB at Field of Dreams Game,” said Fieri. “I can’t wait to see the reactions from fans as they take their first bite of the Apple Pie Hot Dog!”

The recipe isn’t too surprising and Fieri teaches you how to make it in a video produced by Chevrolet. It’s essentially a hot dog and apple pie filling stuffed into a pie crust, which, I guess, kind of makes it like a sausage roll. This one, though, combines more sweet to go with the savory flavor of hot dog. 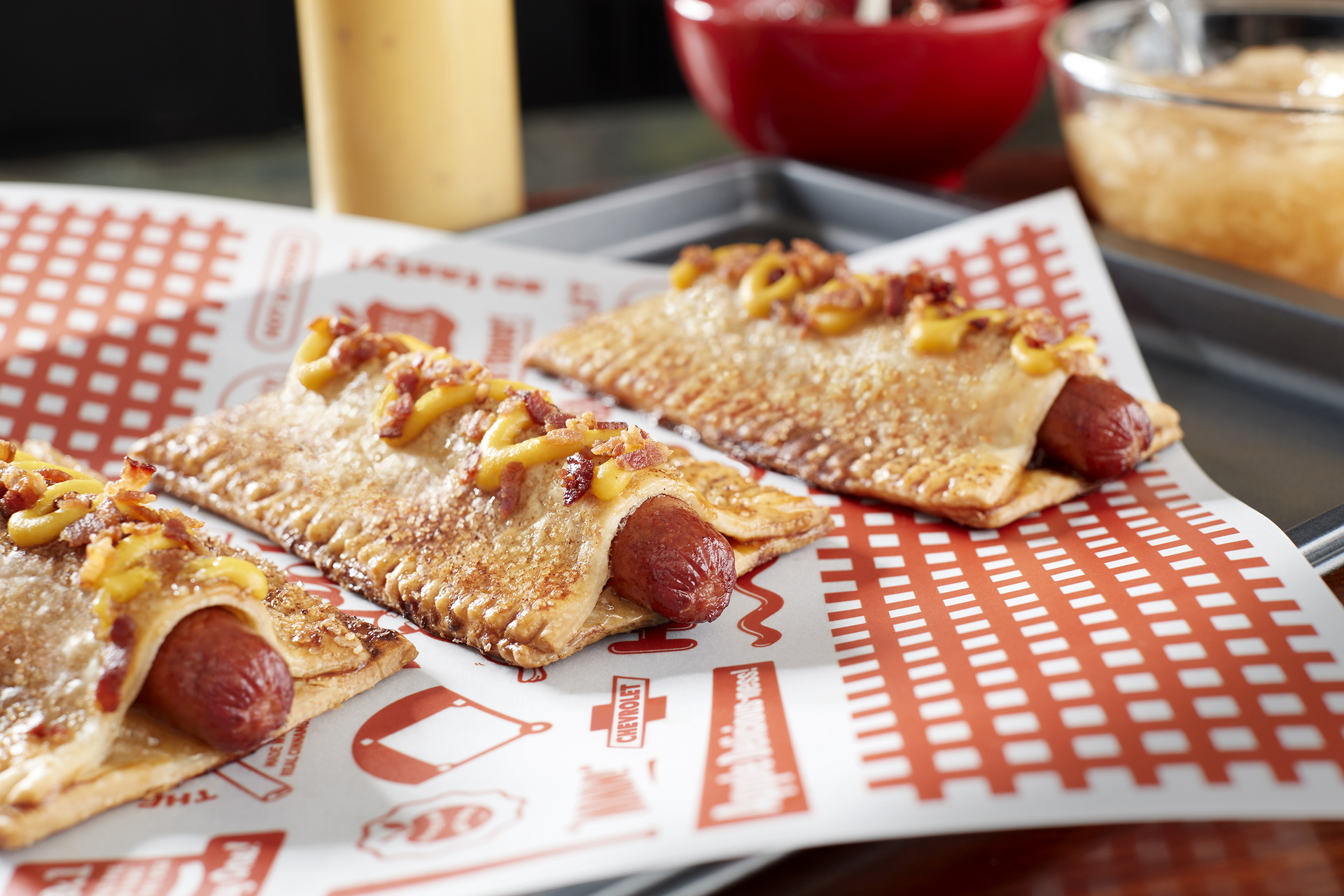 The snack is the perfect likely-delicious-abomination for the Field of Dreams game, named in honor of the movie of the same name. Held in Dyersville, it will be the first Major League game ever held in Iowa. Held in a makeshift baseball diamond built next to the movie set, the game is set to take place on August 12 at 7 PM.

“From the major leagues to local community teams, Chevrolet has long been a proud supporter of baseball,” said Steve Majoros, vice president, Chevrolet Marketing. “We’re excited about the Apple Pie Hot Dog because it helps us celebrate and connect with a community of fans at the MLB at Field of Dreams Game, a uniquely American event.”

This article was originally published by Carscoops.com. Read the original article here.