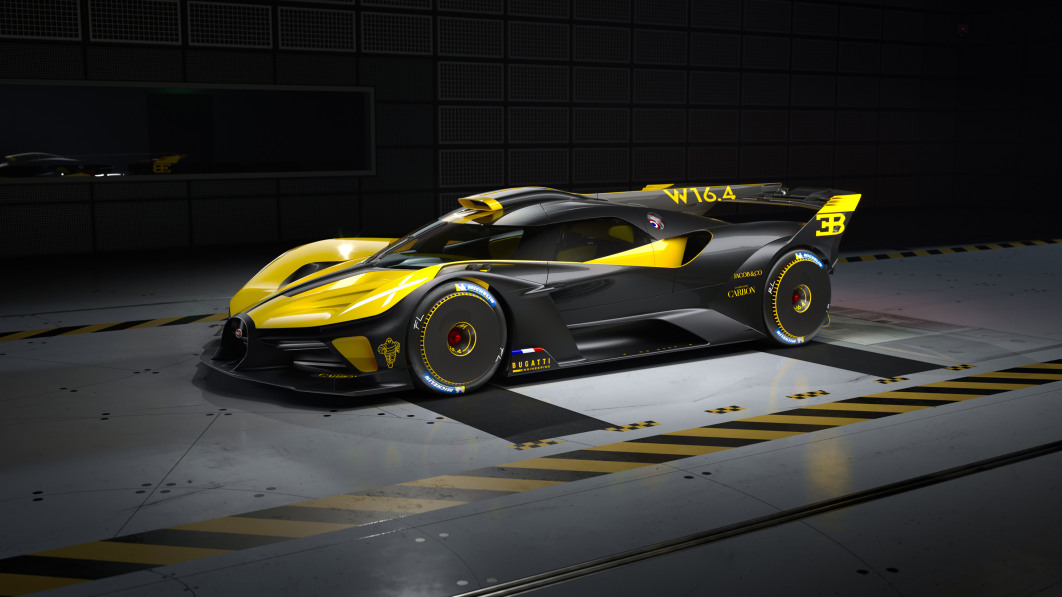 At some point in the past couple of years, Bugatti asked itself, “What if we built a radically light vehicle around the legendary 8.0-liter W16 engine?” Keep in mind that “radically light” is in comparison to the Chiron, which weighs about 4,500 pounds. The luxury firm from Molsheim, France, answered its question with a concept it called the Bolide, a track-only two-seater with an appetite for aero and downforce. Scooped-out bodywork, intense massaging, and throwing luxuries out the wraparound canopy dropped its weight to 2,737 pounds. That’s less than a Subaru BRZ for a car producing 1,824 horsepower on 110-octane race fuel. Bugatti called the Bolide a one-off, but guess what happens in a car market where someone throws $140,000 at a 1994 Toyota Land Cruiser? Potential buyers made Zoom calls to Molsheim from their bank vaults while sitting on pyramids of money like the Joker in “The Dark Knight.” So now Bugatti is making 40 Bolides, the same number it made of its last track superstar, the Divo.

CEO Stephan Winkelmann was at The Quail, A Motorsports Gathering to announce the production version. Bugatti said it is honing the Bolide’s aerodynamics and handling, and adding FIA-standard safety systems. The center-lock wheels will see production, as will a fuel bladder and pressurized refueling, a six-point safety harness with HANS compatibility, and an automatic fire extinguishing system.

There are prices to pay beyond MSRP for making dreams come true, though. The production vehicle gains some weight, coming in 460 pounds over the concept at 3,197 pounds. Changes to the engine tune mean horsepower takes a hit, too. The concept got its 1,824-hp puissance from 110 octane. The production W16 will drink far more accessible 98 RON gas, which is about 94 octane in the U.S., topping out at 1,577 hp and 1,180 pound-feet of torque. That drops the power-to-weight ratio from 0.67 to 0.49 — just behind the track-focused Koenigsegg Jesko at 0.51. Oh, the humanity.

The company says Bolide development and production will take place over the next three years, the first example scheduled for delivery in 2024. The price: 4 million euros, or roughly $4.7 million U.S. at the moment, and a million euros less than the street-legal Divo. What’s the French word for “bargain?”