There were a ton of reports that suggested that the country’s second-largest carmaker Hyundai Motor India will be unveiling the highly anticipated Creta facelift at the 2023 Auto Expo. However, many were left surprised after visiting the booth of the South Korean auto giant and finding that there was no Creta facelift. Following this, it was announced by the brand that the Creta facelift will not be making its debut this year, rather it will be coming next year in 2024.

According to Hyundai Motor India, the launch has been postponed till next year and the reason for this delay is that the company is planning to launch an entirely different vehicle than the one currently available in the international markets. For the longest, it was believed that Hyundai will be bringing the already-launched Indonesian facelifted model to India. However, the brand has now denied this and will launch a model specifically designed for the Indian market.

Reports have suggested that this forthcoming model will get its own unique styling and might not borrow the front fascia of the more expensive sibling Tuscon and also the outgoing Indonesian model. It is also speculated that it will come equipped with new front and rear bumpers along with a new alloy wheel design. As of yet, we do not have any spy shots or design inspirations for this forthcoming compact SUV. 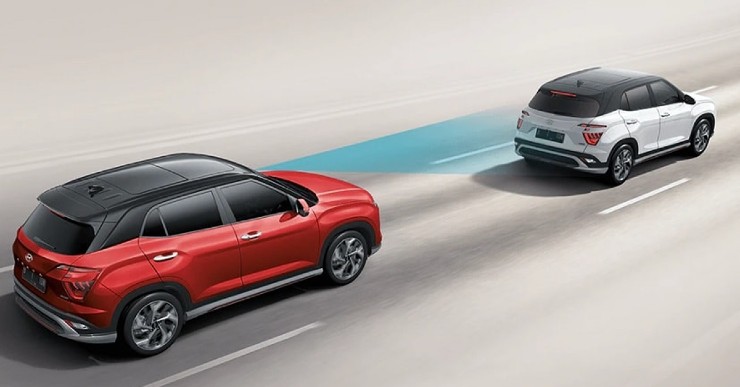 In terms of other updates the biggest one of them will be the offering of the Advanced driver assistance systems (ADAS). Hyundai will equip the new Creta facelift with the ADAS that it has offered in the new Tucson. Hyundai has calibrated the ADAS for the Indian sub-continent region. The India spec model will likely get a new all-digital instrument cluster which will be a straight lift-off from the 7-seater Alcazar as well. A 360-degree camera with blind spot monitoring will also be included in the upcoming SUV.

In terms of drivetrain possibilities, it has recently been reported that the Creta’s present 1.4 turbo-petrol engine may not meet the forthcoming pollution standards and that a 1.5-litre turbo-petrol engine may take its place in India. Although the exact specs of this engine are not yet available, reports suggest that it may be able to generate 160 PS of power and 26.5 kg-m (260 Nm) of torque. This engine could come mated with a manual and a DCT transmission, sources claim. In contrast, the 1.4L turbo-petrol engine generates 140 PS and 242 Nm of torque.

This new enigne will also be seen in Hyundai sister brand Kia and will most likely be offered with the Seltos. Morever this same engine could also power the 7 seater version of the Creta – the Alcazar. There has been no reported on the pricing of this forthcoming Creta facelift but we can expect it to have a premium over the outgoing model courtesy of the new cutting edge features. Once launched it will be competing with the likes of the Kia Seltos, Maruti Suzuki Grand Vitara, Toyota Hyryder, Tata Harrier, Skoda Kushaq and Volkswagen Taigun amongst in addition to a few others as well.

A Winter Sunday Of Scrambling At Bicester Heritage