The country’s largest carmaker Maruti Suzuki India Limited has finally unveiled the much-anticipated crossover – the Fronx. The model has been in talks for months and now on the second day of the Auto Expo Maruti took the covers off this new vehicle. As already known the new Fronx is based on its sibling Baleno hatchbacks platform and now will be positioned between the compact SUV Grand Vitara and subcompact SUV Brezza.

As we have been speculating for months the new Fronx has been heavily inspired by the elder sibling Grand Vitara and looks like a baby version of it. At the front it boasts a grille similar to the Grand Vitara but it does not come surrounded by chrome garnishes. Rather it gets a single thick chrome strip in the middle which also houses the Suzuki insignia.

The Fronx boasts a much powerful and muscular appearance than its hatchback counterpart thanks to the squared off wheel arches. Compared to the Baleno, the Fronx also has substantially higher ground clearance. As of yet the company has not revealed the overall dimensions of the new crossover although we can easily tell that it will be much larger than the Baleno but also smaller than the mid size Grand Vitara. 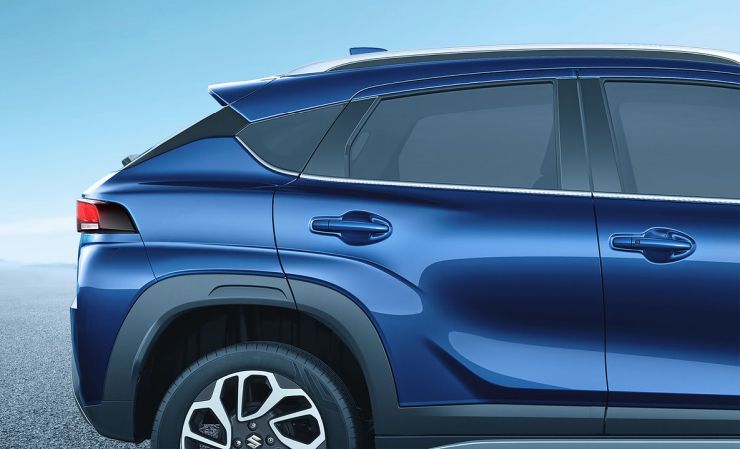 Another talking point of this newest Maruti offering is the its tapered roof line which makes it look even more aggressive than then both the Baleno and Grand Vitara. On the sides its gets some thick black claddings adding to the ruggedness of the car. Maruti Suzuki has emphasized that they have designed the Fronx to make it as sporty and aerodynamic as they can. 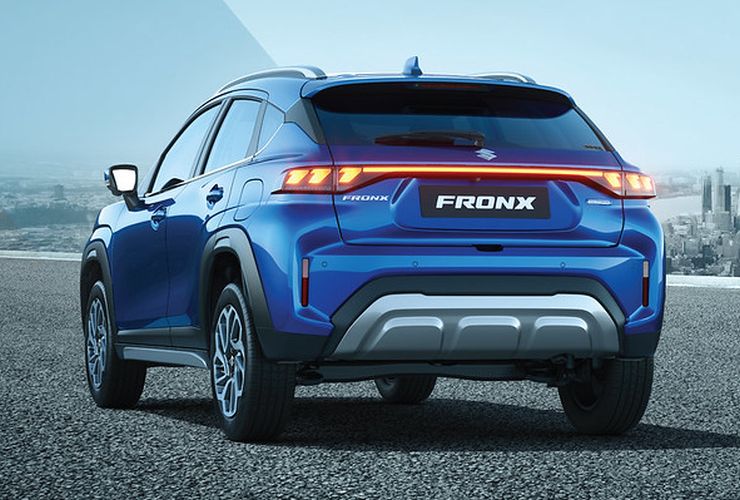 At the rear the Fronx gets distinct LED taillamps that are connected by a strip of LED lights. The crossover also gets black cladding in between its beautifully sculpted rear bumper. Furthermore a massive silver skid plate can also be noticed at the bottom of the bumper helping with its off-roader appearance. The Fronx’s interior has a dual-tone design with steering, an infotainment system, and an instrument cluster that is reminiscent of the Baleno. Additionally, you get faux leather upholstery as well. 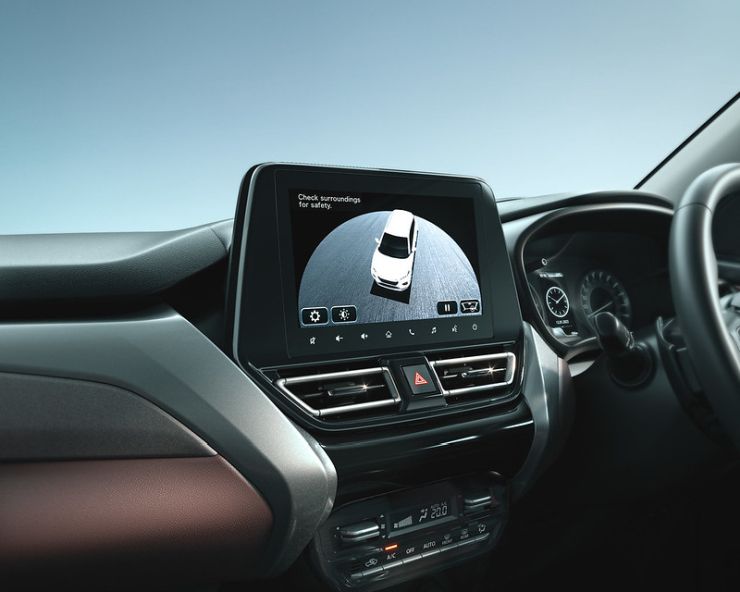 Additionally the Fronx also gets a 9.0-inch free floating SmartPlay infotainment system also gets connectivity options like Android Auto and Apple CarPlay. Furthermore it comes equipped with a 360 degree camera as well. 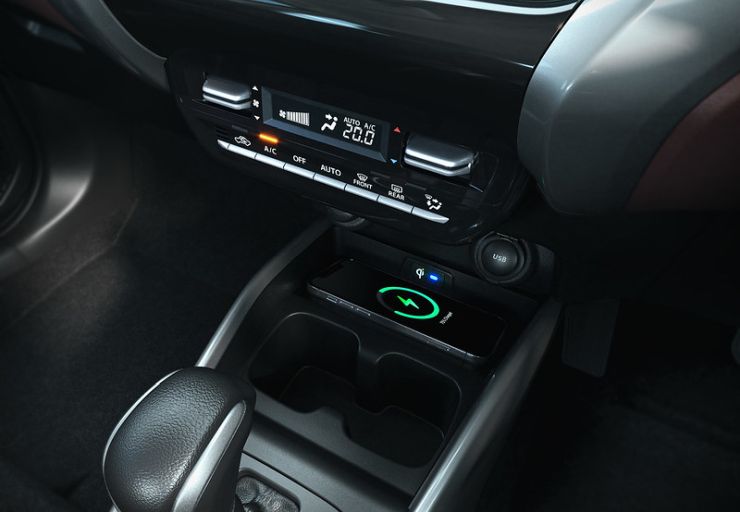 A wireless charger is placed underneath the automatic air conditioning controls and infront of the gear lever in the center console of the interior.

In terms of safety we get 6 airbags which include two in the front, two on the sides and curtains as well. The car also gets hill-hold assist, electronic stability control and ABS. 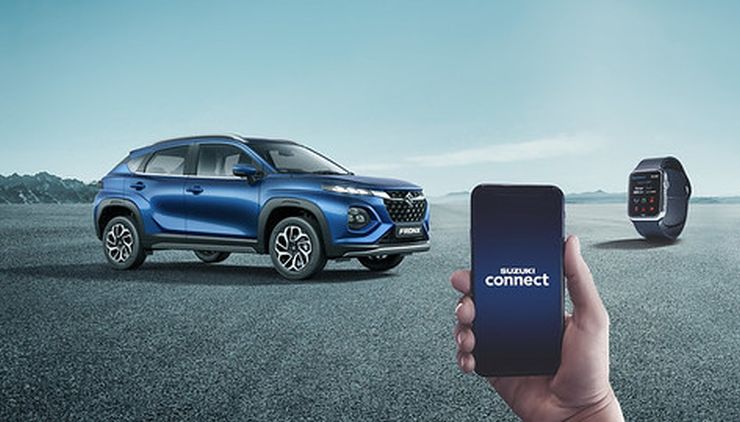 The Fronx also gets connected car tech which helps the vehicle to connect to a mobile appilcation as well a smart watch. The new crossover is offered with both a 1.0-liter Boosterjet and a 1.2-liter K-Series petrol engine for propulsion. A turbo-petrol engine of 1.0 litres, which was first offered with the now discontinued Baleno RS. At 5,500 rpm, it produces a maximum power of 100.06 PS and a maximum torque of 147.6 Nm. The 1.2-liter K-Series engine, on the other hand, has a maximum power output of 89.73 PS and a maximum torque output of 113 Nm. In addition to a 6-speed automatic with paddle shifters, Maruti Suzuki will also offer a 5-speed manual transmission.

My delightful pre & post purchase experience with my 2022 Audi A4