Tesla domination to be boosted as new armada arrives

And there is still a month to go, with nearly a dozen ships carrying Tesla Model 3s and Model Ys docked or scheduled to dock in December alone with what shipping observers describe as the biggest delivery ever of EVs in Australia.

One ship reportedly has 4,000 Tesla vehicles on it. Whether all of these will be delivered to customers by the end of the year remains to be seen.

Below we list the top selling models of this calendar year to the end of November, and in early 2022 we will update them with the latest data for December, which will likely see the Model Y overtake the Model 3 at the top of the tree. For now, however, it is the Model 3 that retains its pole position.

Below, I look at the top EV models for the year and what picture they paint for Australian EV uptake in 2023.

Tesla Model 3 was Australia’s best-selling EV last year and holds that title so far in 2022. With over 9,000 sales so far according to November’s FCAI vFacts report Tesla Model 3 leads EV sales.

Its 9,071 sales so far in 2022 puts it on the podium, but it will likely be trumped by the Model Y once sales for December are counted. Heading into 2023, we expect the more spacious, family-friendly Tesla Model Y to surpass the Model 3 in terms of sales.

Tesla Model Y has clearly blown the EV market away in 2022. After orders only opened in June this year with the arrival of several demo vehicles.

The demand in Australia surprised even Tesla’s founder and CEO, Elon Musk.

Tesla has delivered 8,257 EVs Model Ys to Australian customers in less than six months of orders opening, but this number will likely jump significantly once the December data is totalled up.

This has set the stage for what is expected in 2023. Tesla Model Y is expected to be in the top two best-selling EVs next year.

Polestar is one of the newest brands to enter the Australian market in the last 18 months and has already established itself as a leader in the Australian EV market.

Many people got to experience the Polestar 2 at the test drive centres. The polestar experience was amplified in August with the Hertz-Polestar partnership kicking off in Australia.

This allowed many more people to get behind the wheel of an EV at many destinations across Australia.

In 2023, Polestar is expected to be less supply constrained and with shorter wait times, it might entice many other buyers to make the switch to an EV with the Polestar 2.

Hyundai Kona EV has been one of the understated winners when it comes to contributing to EV uptake. Hyundai has sold 1,028 of the Kona EVs in Australia as of November. 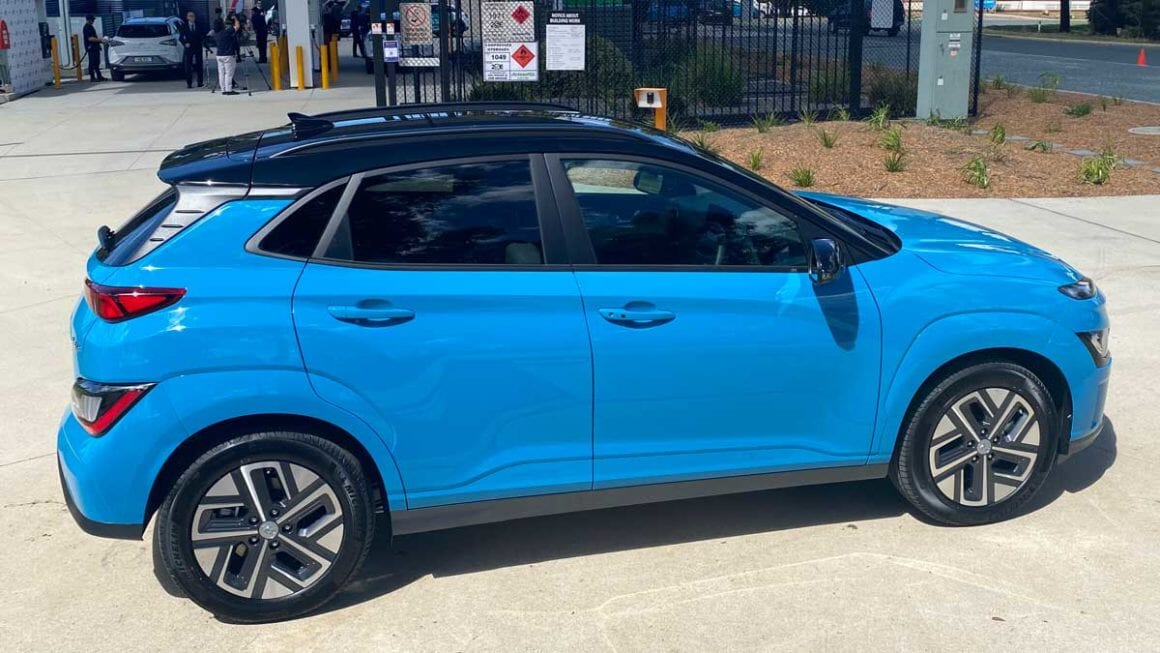 These have been particularly popular with many EV owners and local government fleets. With wait times on the Kona EV expected to come down over the coming months, many more will make it onto Australian roads in 2023.

The BYD Atto 3 is one of the newest entrants in the Australian market but has already made a mark. The first deliveries commenced in August and the model is already in the top 5 models with 845 deliveries.

In the last couple of months, the Atto 3 has received a five-star safety rating from ANCAP making it a whole lot more attractive to large fleet customers. This will drive more sales to Australia’s most affordable ground-up EV.

It’s worth noting that The Driven is awaiting year-to-date (YTD)sales figures from MG Australia and this story will be updated to include them as soon as we receive them.

Next year, there will be many new EV models that we are looking forward to which will shuffle the Top EV models around and we look forward to tracking these movements in 2023 and beyond.