The South Korean automakers Hyundai and Kia have enjoyed great success for the past few years in the country and have launched several immensely popular vehicles. The Hyundai Creta and the Kia Seltos are a few of the Korean SUVs that have had the majority of success in the country. These compact SUVs come in a multitude of variants and are offered with a ton of engine options. Although recently it has been reported that one of the engines that are currently available with these SUVs will not be passing the Phase II of the BS6 emission regulations will be introduced in April 2023. Hence the company is working on an engine to replace this unit.

According to Rushlane, the outgoing 1.4 turbo-petrol engine currently offered in the Creta, Seltos and Alcazar may not comply with the upcoming emission norms and could be replaced with a 1.5-litre turbo-petrol unit in India. Sources have claimed that it won’t pass the new RDE norms under Phase II of BS6 transition set to happen before April 2023.

As of yet, the company has not commented on the said report and we cannot be 100 percent sure if this is true or not so we will have to wait this one out until we have any further information. Although going back a few weeks we did see a test Hyundai Creta with ARAI emmisions tech at the rear suggesting that it could have been the testing for the new forthcoming engine. At the time the test mule was also speculated to be testing a CNG kit. 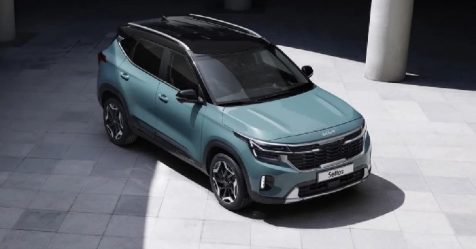 If the claims are accurate, improving the 1.4 turbo-petrol engine that is already in these vehicles makes more sense because it is a very popular engine choice. Additionally, a complete suspension by Hyundai and Kia may have led to a decline in sales. And although precise specifications of this engine are not yet known, rumors indicate that it may be capable of producing 160 PS of power and 26.5 kg-m (260 Nm) of torque. According to sources, this engine will be compatible with DCT and manual gearboxes.  The 1.4L turbo-petrol engine, in comparison, produces 242 Nm of torque and 140 PS of power, and it is now used in the Creta, Seltos, Alcazar and Carens. 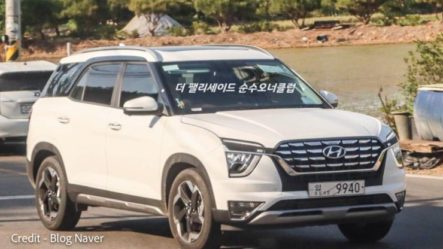 In other Hyundai news, a new micro-SUV was recently spotted undergoing testing in South Korea. The spotting of this vehicle has also sparked the rumour that it could eventually come to India as well. In South Korea, the brand-new Hyundai micro-SUV was seen parked in parking lot while being well camouflaged. In terms of design it was noted that like the Hyundai Venue, this new micro SUV from Hyundai will have split headlights with daytime running LEDs segregated from the separate housings for the projector headlamps. A parametric design motif for the grille is also anticipated, similar to what was used in the recently released Tucson and the impending Creta facelift.

There is a chance, claimed sources, that Hyundai could display this mini-SUV at the 2023 Auto Expo. In the event that it occurs, the debut of this micro-SUV in India is anticipated for the second half of 2023. It will be unveiled as the Tata Punch and Citroen C3’s main competition.

Dedication To The Cause: Sunday Service On Ice

Tesla launches new EV charging battle, but the Plug War is already over

Tesla launches new EV charging battle, but the Plug War is already over