Unpopular cars should convince you the dealership model can work. You shop multiple dealers for models you know they have a hard time selling, bid dealers against each other, and drive off with a hefty discount. Keep this in mind the next time someone says, “I hate negotiating.” We all do, but paying a fixed price for a hard-to-sell asset only helps the seller. You’re the one doing them the favor.

Factory lease specials are non-negotiable and tied to specific vehicles in a dealer’s inventory—and the models in this month’s roundup are likely to actually be in stock. But that doesn’t mean the prices aren’t competitive. They are, and it’s because these cars are overlooked, either because they’re outdated, because of their brand status, because they’re quirky, or a combination of the three. They’re not bad, and yet when we looked at U.S. sales through June 2022, they’re largely ignored. That means relatively low prices even in this inflated car market. And you won’t see them coming and going every five minutes on the road.

Make sure you first read our leasing guide. We’ve covered everything that may get glossed over in the showroom: advertising fees, money factors, residuals, legal implications, and all the other fine print that could cost you thousands more than you’d expect. When comparing similar cars, be aware that a lower monthly price often demands more money up front. As with any national lease special, enter your ZIP code on an automaker’s website to check if these deals apply to your area. Prices do not include taxes or fees and may be higher or lower depending on your location. Research is always your friend.

Once a technological pioneer with innovative features like an aluminum frame, all-wheel drive, 3D topographic nav views, and LED headlights, the latest Audi A8 has been on cruise control for a while. Buyers are shopping elsewhere: Through the first half of this year, Audi moved 641 cars, a mere seven percent of Mercedes-Benz S-Class sales. At least the 2022 refresh keeps the A8 competent until Audi shifts to an electric replacement. 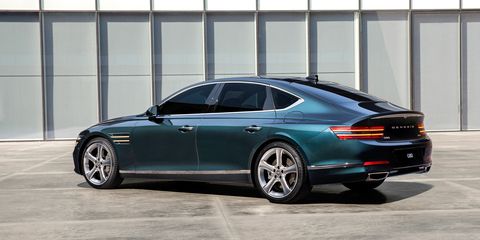 Seven years after its separation from Hyundai as a standalone luxury brand, Genesis is finally getting traction on the streets. People in flashy ZIP codes are gobbling up Genesis SUVs like the hot new things they are, but the slinky midsize sedans are still a hard sell. The G80 is gorgeous, yet the Mercedes E-Class and BMW 5-Series each outsold the G80 by nearly five to one. This lease is for the 2.5T AWD without options. 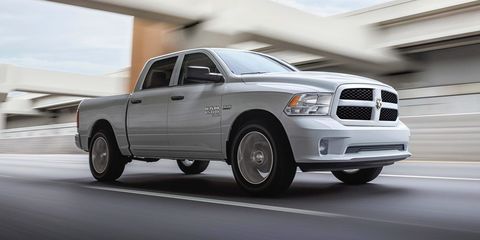 When Ram switched to the new generation 1500 for 2019, it had enough leftover tooling to keep the old truck in production at lower cost. What should have lasted a year as a holdover model instead became a successful side hustle for four years. How successful, we’re not sure, as Ram doesn’t break out sales of the 1500 Classic from the newer 1500. No other new full-size pickup is this cheap, and no other new pickup has a face like a boar and goes by the name Warlock. Get one while it’s old. 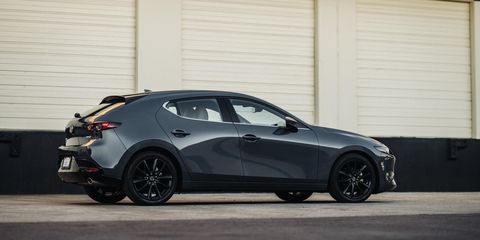 How wrong was Ford to cancel the Focus in this country? Not very, if you look at its former partner Mazda, which through June sold nearly 5.5 times as many CX-5 crossovers as it did 3 sedans and hatches. We like the Mazda 3 for being a fashion-forward, fun-to-drive car—a real car you duck down to enter. In the highest trim, the 3 hatchback is a better luxury car than a Mercedes GLA. At this lease price for a base 2.5 S, the 3 is just as stylish and well-made, and it stands out anywhere it’s parked. 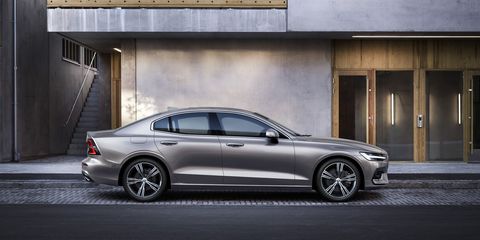 Every so often, a sedan with bracket-shaped taillights and a sleek profile passes us, and we’re like, “What is that?” It’s a Volvo S60, which is an underdog in a BMW/Lexus/Audi/Benz-dominated world, just as Volvo sedans always were. With all the modern comforts and technology in the compact sedan segment, the S60 is hiding in plain sight among throngs of 3-Series. Even maintenance is included. Take a chance on something Swedish, won’t you? 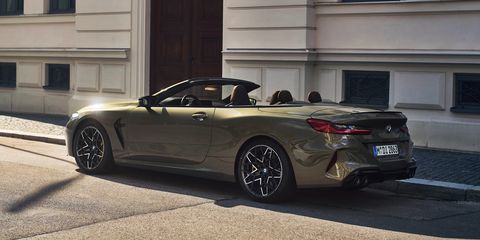 Depending on who your friends are, a big convertible that hits 60 mph in under three seconds may be a common sight. For most people, a ragtop M8 Competition is a rare piece and guaranteed to stay that way. This is BMW’s most expensive car to lease (and baked into that signing fee is a $1000 gas guzzler tax). It’s hot and fast. And yet, loaded and overpowered German cars like the M8 always depreciate precipitously, even in the current market. BMW estimates the value of its $147,495 droptop will drop hard after three years. Want one for only $80K? Wait for that friend to get rid of theirs. 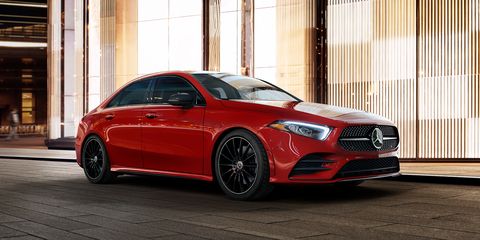 Mercedes is discontinuing the A-Class sedan after its short stay in America. The most affordable Benz is the least popular because most people who can afford a Mercedes don’t shop discount. It also has that “I rented a Mercedes in Europe” look. The cramped interior is filled with cheap plastic. Mercedes makes lots of great cars, but its entry-level models—and that includes the more popular GLA—all need improvement for the large sums Mercedes charges. 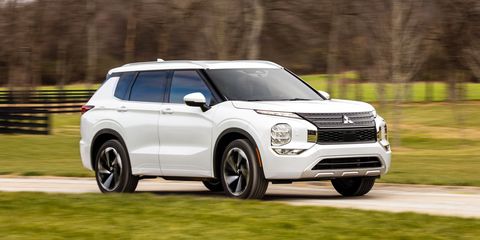 Mitsubishi’s most popular model is powered by Nissan. The Outlander is a Rogue with a third row of seats and a robotic face. It’s a decent ca, but Mitsubishi is a brand that sells on price—note that this lease special is only for the front-wheel-drive ES. The five-year warranty will outlast the lease, which should provide some piece-of-mind.