There are several central and state government schemes across India to benefit the poor and underprivileged of the country. However, there are many people who take undue advantage of such schemes, which eventually leaves the intended benefitters empty-handed. Recently, a video showing a man showing up in his Mercedes-Benz car to buy wheat sold at Rs 2 per kg by the Punjab government went viral on social media platforms, which has once again brought attention to such wrongful practices.

#Punjab person arrived in a Mercedes to buy free wheat under the Ata Dal scheme by Punjab Government. A video of #Hoshiarpur Naloyan Chowk is going viral pic.twitter.com/9WHYN6IOaq

The ration is available on these ships for the Below Poverty Line (BPL) category. The government distributes the ration to make sure that the poor do not live without food.  The video angered a lot of Twitter users and many commented on the authenticity of the person who came to pick up the ration in the Mercedes-Benz.

After the video has gone viral on many social media platforms, the man who is seen in this video has come out with a clarification. The man, who has been identified as Ramesh Kumar Saini from Ajjowal Road in Hoshiarpur, has said that the Mercedes-Benz belongs to one of his NRI relatives from the US, who visit Punjab once a year and live in a house in their neighbourhood.

Mercedes-Benz belongs to a neighbour 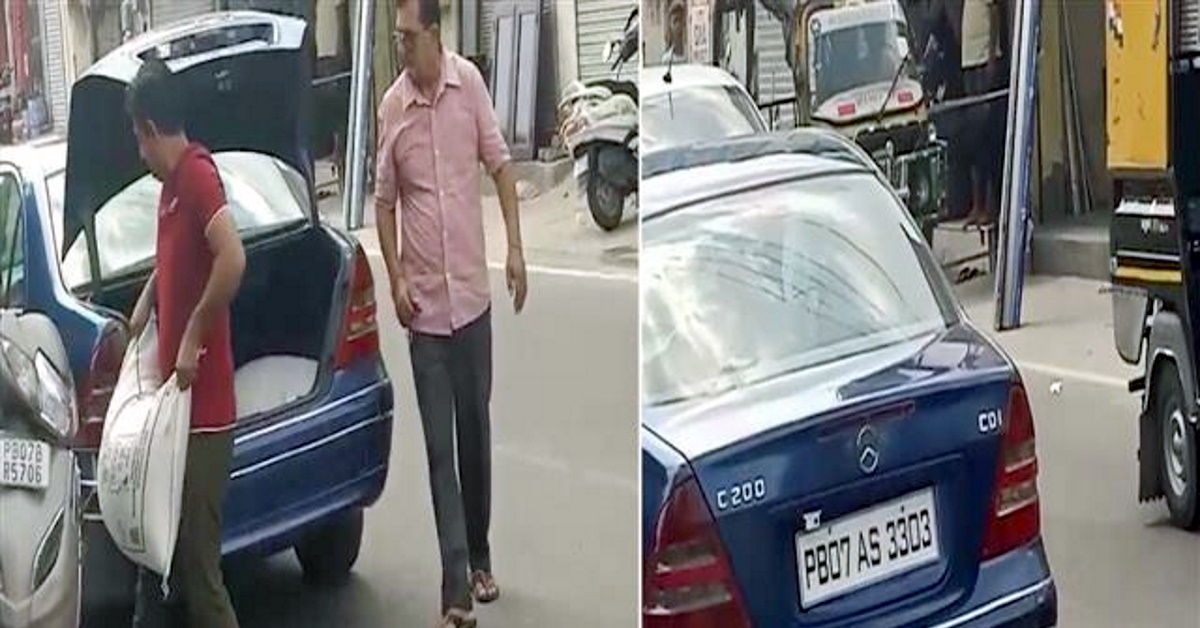 Ramesh added that since the relatives live in the US, they have told him to use and take care of their Mercedes-Benz. Once in every 10-15 days, he starts the car and takes it for a short spin, to ensure that the car remains in a good condition. He added that if he does not do this, the battery of the car will get discharged, which might attract unwanted maintenance costs.

Speaking about the video, in particular, Ramesh said that he was out driving the car as a part of his routine of driving it once every 10-15 days. While on his way home, he saw his children collecting wheat from the depot. To help his children, he stopped the car and loaded the weight in the trunk of the Mercedes-Benz. He has even shown the documents of the car, which reveal that he is not its owner.

Adding to his father’s statement, Anoop Saini, son of Ramesh Kumar Saini, told the media that his father was a truck driver, who lost his job after an accident. He said that he works as a photographer, while his wife works as a tailor, and affording a luxurious commodity like a Mercedes-Benz car is out of their means.

The video was recorded outside a ration depot located at the Naloian Chowk in Hoshiarpur. The depot holder, Amit Kumar, said that he is bound to deliver ration to all the blue ration card holders, without divulging the details. Seeing this incident, the Punjab Government has also ordered its food supply department to look into this matter.

Drift Demon Or Executive Express? Why Not Both…