The incident happened during the day when school was on. On Monday afternoon, principal Tommy MJ filed a complaint with Melparamba police against three people who were spotted driving near the school. The youngsters later entered the Chattanchal Higher Secondary School compound without any permission. The police say that it is illegal.

The youngsters were allegedly drifting, honking and going around the compound at a high speed. This caused the students a lot of trouble and disturbed them while they were studying. The police have seized the Dodge Challenger SRT and have also asked Kasargod Motor Vehicle Department to check the permits of the vehicle. 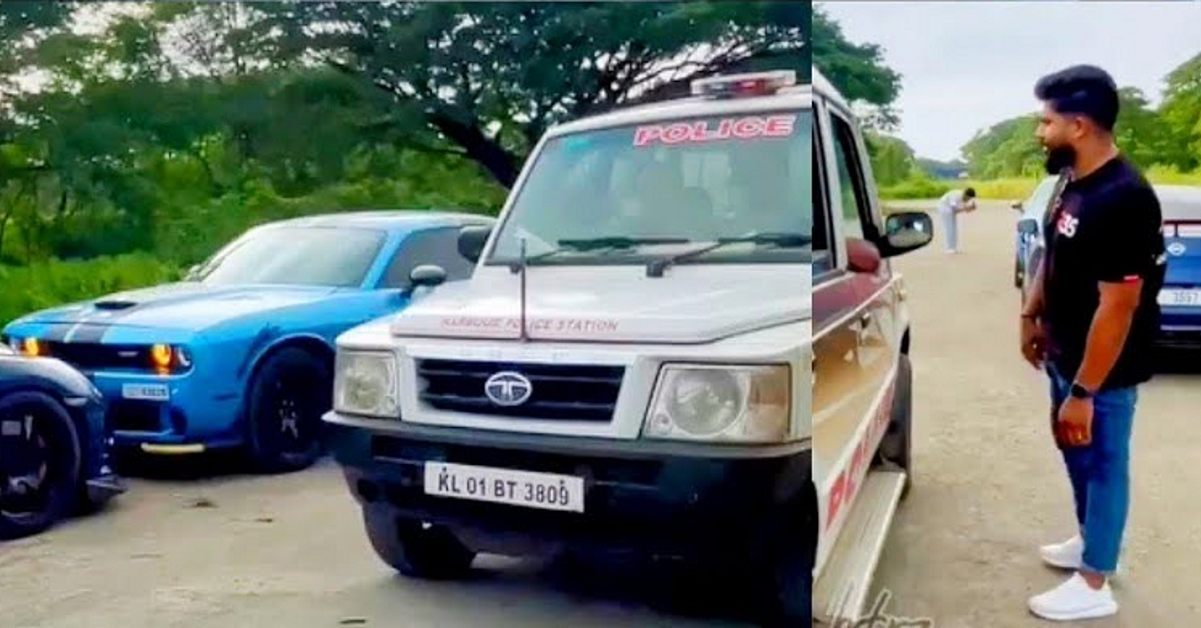 The police have formed a team to do checks on the school ground and take any illegal cars into custody. The police say that there are many who try to attract the attention of the children. Such people will face stiff action in the future.

Imported cars on the carnet

Now many of you must have spotted the Sharjah registration plate and wondered about it. Well, the car is not registered in India.

Many car enthusiasts who have homes in foreign use the carnet facility to get their vehicles to India. Most of the vehicles through carnet come from the UAE though. Even millionaires like Gautam Singhania bring their high-end exotics like the McLaren 720S and many others to India through carnet.

Owners can only bring the vehicle for a few days or weeks to the Indian soil on the carnet. However, one can always increase the validity by approaching the authorities. Carnet is basically a passport for cars and other expensive goods that can be used to transfer vehicles from one country to the other.

Prime Cut: How To Build The Ultimate Trueno