We have seen a lot of rear-end accidents where motorists do not maintain enough distance. Here is a similar accident from Dibrugarh, Assam. The accident is between a Nissan Magnite and a Toyota Fortuner.

The accident reported by Prateek Singh shows both vehicles. According to the information sent by the eyewitness, the road was relatively empty when the accident happened. The Nissan Magnite slowed down suddenly and somehow the Fortuner driver did not pay enough attention. The Fortuner driver tried to do a last-minute manoeuvre and save the Magnite.

However, the pictures show that the front left side of the Toyota Fortuner is heavily damaged. It seems like this part of the Fortuner made contact with the tailgate of the Nissan Magnite. Both the vehicles seem to have suffered similar damages. There is no information on why the Nissan Magnite slowed down suddenly.

There are no injuries reported in the accident. All the passengers were wearing seatbelts and did not sustain any kind of injury. 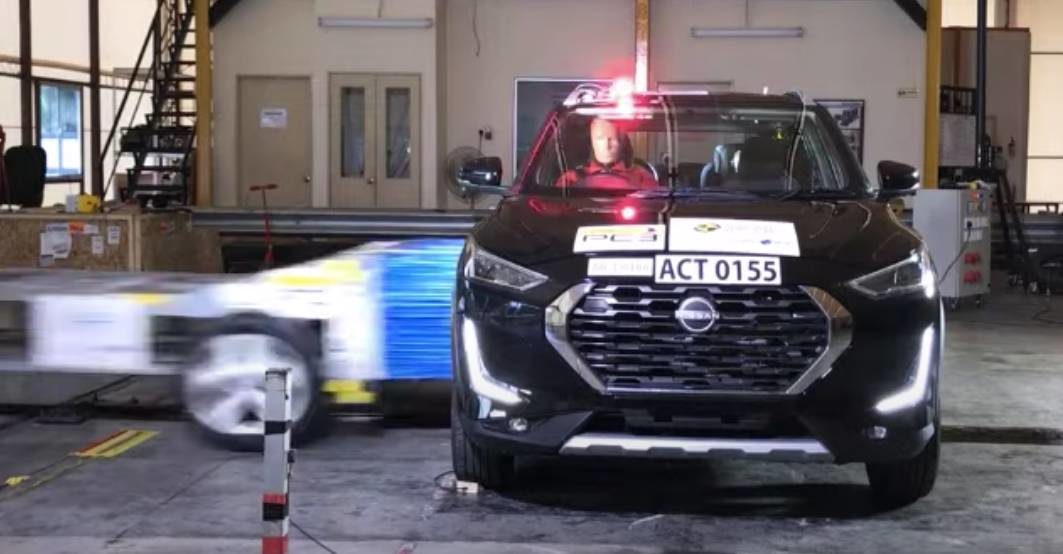 The Magnite is a global product but is designed specifically for the Indian market. It is the brand’s smallest SUV on sale in markets around the world. While the car tested in A-NCAP is made in India, no one can confirm if the vehicle sold is identical to the India-spec vehicle. There are, however, only a few minor differences between the Global NCAP which tests vehicles for the markets around the world including India and ASEAN NCAP which tests the vehicles sold in the ASEAN countries like Indonesia, Malaysia, Thailand, Singapore and more.

As per A-NCAP, the Nissan Magnite showed that there a risk of injury to the driver’s chest while the co-driver’s chest and lower legs have adequate protection in the frontal offset test. The A-NCAP test also shows that the Magnite has adequate protection if there’s a side impact on the vehicle. In the Child Occupant Protection category, the Magnite scored 7.81 points in the Dynamic Assessment Test with the 18-month-old child. Whereas, the three-year-old child scored a full eight-point safety rating.

Fortuner has a 5-star score

Similarly, the made-in-India Toyota Fortuner is yet to be tested by Global NCAP. However, the ASEAN N-CAP has awarded a 4-star rating to the Fortuner. It gets a very strong build quality and also gets a long list of active and passive safety features.

The Toyota Fortuner facelift’s crash test results are 87.46 points, which gives it a five-star rating. It should be noted that ASEAN NCAP has not crash-tested a Fortuner. Instead, a Hilux was used for the crash test and the Fortuner’s capability is an extension of the same. ASEAN NCAP claims that Fortuner has comparable occupant protection to the tested pickup. They also said that the technical evidence provided by Toyota proves the same.

Pollution from Australia’s dirty trucks is killing people, and should be banned from major cities

Pollution from Australia's dirty trucks is killing people, and should be banned from major cities

4 friends on a 16-day biking trip across Arunachal Pradesh