Maruti Suzuki will soon add another crossover to its ever-growing portfolio. The brand will bring the new coupe-styled hatchback based on the Baleno to the Indian market. We have already spotted the new car that is likely to be called Baleno Cross. The car is internally known as the YTB and will debut at the Auto Expo 2023. According to ACI, the new Maruti Suzuki Baleno Cross will come powered by a 1.0-litre turbo-petrol engine. This is not a new engine and we have already seen it working in the Baleno RS. It is Maruti Suzuki’s first and only turbocharged petrol engine. Maruti Suzuki decided to do away with the engine when the new stricter BS6 norms came into force. Now, the brand seems ready to use the updated and emission norm-compliant 1.0-litre Boosterjet engine.

The engine is a 998cc, three-cylinder unit. It is the same as before but the power output and torque may change a bit due to the emission norm compliance upgrade. In BS4 avatar, this 1.0-litre Boosterjet engine produced a maximum power of 102 PS and peak torque of 159 Nm. It was only available with a five-speed manual transmission. 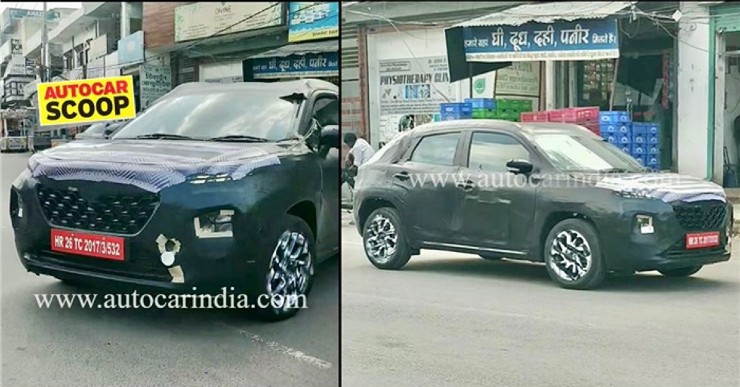 Apart from the Boosterjet, we can expect a naturally-aspirated engine to available with the new Baleno Cross too. Maruti Suzuki may either use the 1.2-litre petrol or the 1.5-litre petrol engine options with the upcoming car.

The new Baleno Cross will get a split headlamp design, with the theme for the daytime running LEDs and projector headlamps similar to those of the upcoming Grand Vitara. The new SUV-coupe also gets a wide-looking grille similar to that of the Grand Vitara. It also gets a rounded roofline, door-mounted rearview mirrors, slim roof rails and squared wheel arches, under which the new alloy wheels are believed to be diamond-cut units.

Going by its stance of it, the new Maruti Suzuki Baleno Cross will be a radical new SUV-coupe, much on the lines of the Futuro-e concept which was showcased by the carmaker back in Auto Expo 2020. While the test model was camouflaged heavily, some of the details of the SUV are visible, which might make their way into the production model.

The test mule snapped in the video rides on black-coloured alloy wheels and gets the same silhouette and window frame as that of the Baleno hatchback. The Baleno already has a rounded coupe-like design towards the rear, and that should help this new coupe SUV to get the same. Expect to see chrome touches on door handles and window waistline as that in the Baleno hatchback as we get to see in the standard version of the Baleno.

Pollution from Australia’s dirty trucks is killing people, and should be banned from major cities