Over the past few weeks, Toyota dealers across India have stopped taking fresh bookings for the diesel-powered Innova Crysta. This has prompted rumours that the Japanese automaker is preparing to discontinue India’s most popular MPV, and that a brand-new Innova replacement – possibly a hybrid model – is all set to launch in October 2022. 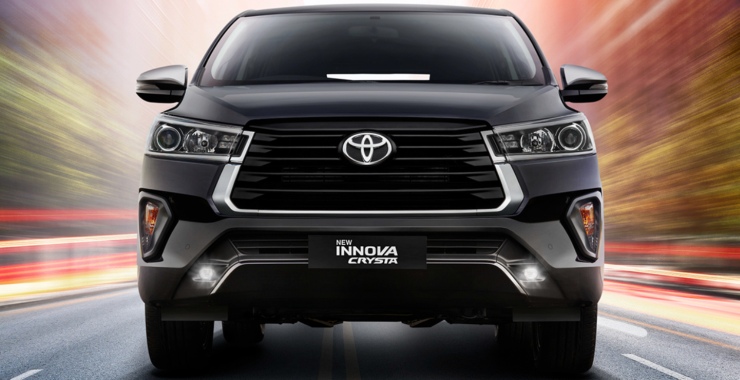 While Toyota Kirloskar Motors Limited (TKML) was mum about the bookings pause so far, the company has finally issued a statement.

The Toyota Innova, TKM’s flagship offering in India has come a long way ever since its introduction in 2005. Having created a niche of its own, the versatile segment leading Innova has always remained a notch above when compared to other models in the segment. Over the years, the vehicle has undergone several enhancements be it luxury, comfort or performance features , in order to meet the ever-changing needs of the Indian customers. Similarly, the second generation Innova Crysta, continues to win customer hearts , being a segment leader itself. Having found its home in close to 1 million households in India the brand Innova has become synonymous to Quality, Durability & Reliability and is widely preferred by customers from both personal & commercial segments. However, due to very high demand pattern which has resulted in an increased waiting period for the diesel variant of Innova Crysta, TKM has decided to temporarily stop taking orders for the diesel variant. As a customer centric company, we are making efforts to supply the vehicles to customers who have already made bookings with our dealers. However, we will continue to take order for Petrol variant of Innova Crysta.

Through the above statement, Toyota is merely confirming what dealers have been telling customers – fresh bookings for the Innova Crysta Diesel have been paused – and is also explaining why such a decision has been taken. Toyota hasn’t revealed whether a brand new, next-gen Innova Crysta is around the corner as doing so would jeopardize the sales prospects of existing Innova Crysta stock both at the factory and at dealer stockyards.

Let’s read between the lines, shall we?

Red flag 1. The statement doesn’t talk about fresh bookings of the Toyota Innova Crysta Diesel commencing once the automaker manages to reduce waiting times. It’s strange that a company would do this if the model isn’t going of out production soon.

Red flag 2. A waiting time of 5-7 months isn’t inordinately long given the present circumstances, where nearly every popular car has a waiting time anywhere between 2 months to 2 years.

All said, it’s likely that the Innova Crysta’s stocks are being cleared in the run up to the launch of an all-new model – possibly a petrol hybrid version that will not only meet the upcoming Real Time Driving Emissions (RDE) standards (coming into force from April 2023) but also stay true to Toyota’s focus of moving away from  diesel towards strong hybrids.