Thar is one of the most popular 4×4 SUV available on sale in Indian market. It became a popular choice among SUV lover since its launch in 2020. The all-new Scorpio N which got launched in the market recently is also likely to have a similar fate. Both these SUVs are based on the same platform but they are build to cater needs of customers from different segment. One of them is a proper off-roader while the Scorpio N can do off-roading while offering a premium experience to the occupants. Here we have a video where a Scorpio 4×4 and Thar 4×4 is seen competing against each other.

On paper Scorpio N was clearly winning the race. The vlogger starts the race by driving the Thar first. Both the SUVs are lined up and they start racing. Both Scorpio N and Mahindra Thar move off the start line very aggressively. The traction control was turned off in both the SUVs and the AC was switched off in Thar. Within seconds, Mahindra Scorpio N took the lead and the gap between both the SUVs kept on building. Vlogger was very impressed with the way Scorpio N performed in the first round. 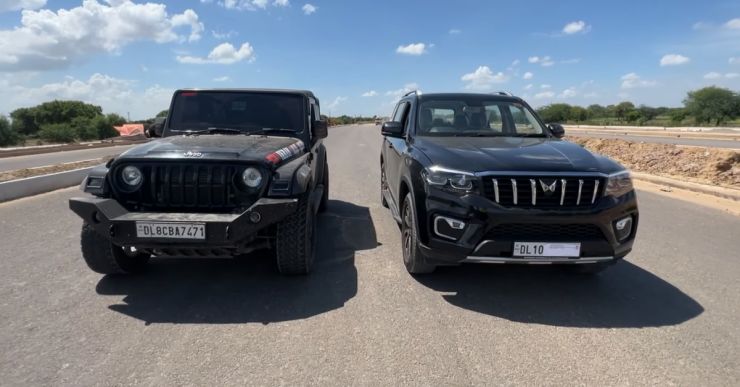 Vlogger prepares for the third round in the Scorpio N and as soon as the race starts, Scorpio N pushes forward and it immediately takes the lead. The car was performing pretty well and the vlogger was very impressed with the performance. Even in the last round, the results remained the same. From the beginning, it was quite clear that Scorpio N was going to win the race. It did not even give Thar a chance to win in any of the rounds. This does not mean Thar is a bad SUV. Both SUVs cater the needs of buyers from different segment.

The Titans Of Supra Tuning, Then & Now