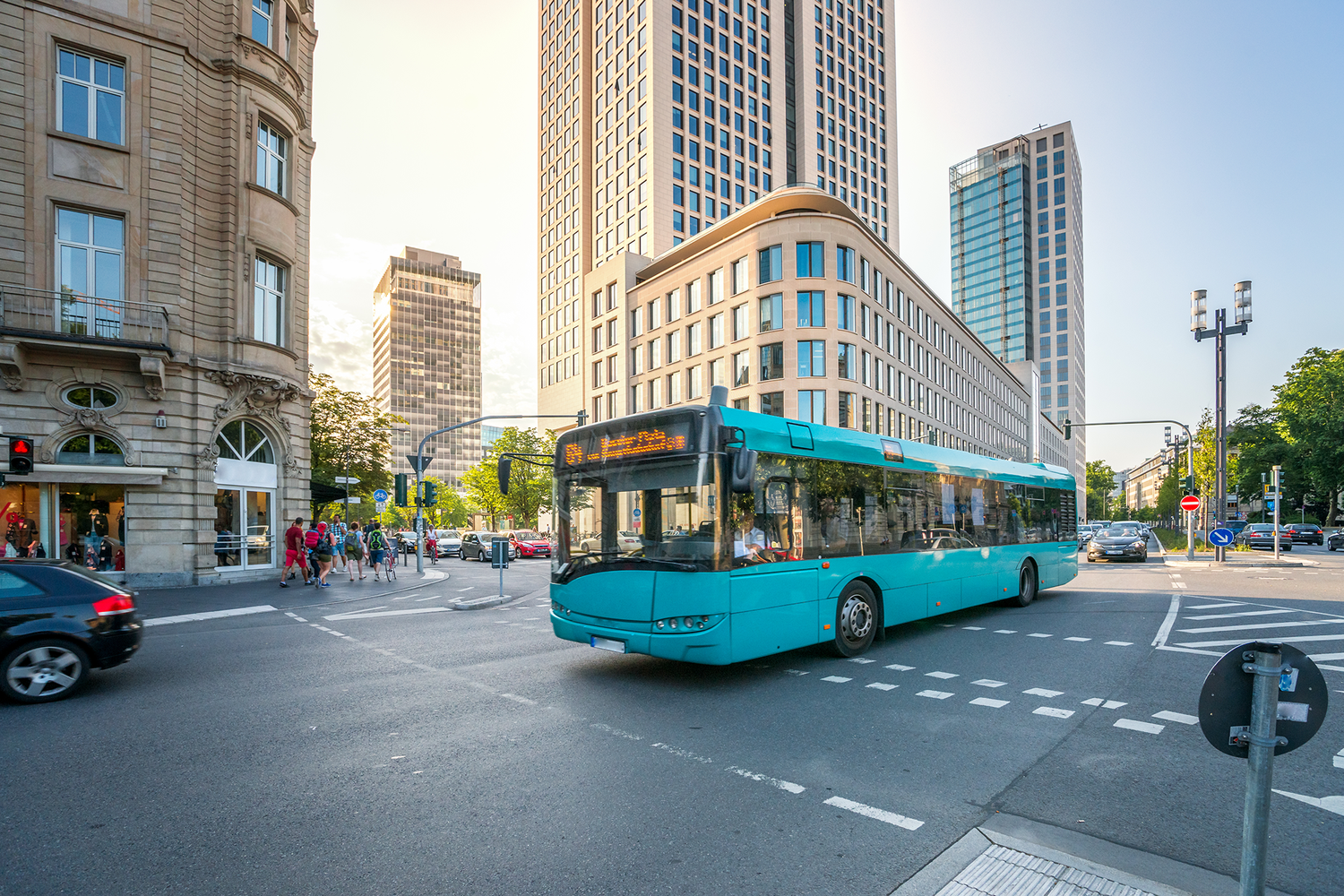 Transportation in the U.S. is undeniably car-driven. In many American cities, mass transit opportunities are far behind what’s available in other parts of the world. But that doesn’t mean public transit’s reach is negligible. According to the American Public Transit Association, Americans took nearly 10 billion trips via public transportation in 2019. It’s an $80 billion industry that accounts for around 450,000 jobs.

To get a clear picture of the potential benefits of electric public transportation, we first have to consider the costs and negative effects of our current reality.

These numbers aren’t merely abstract realities, either. According to the World Bank, urban transportation is responsible for 12% to 70% of air pollution, and an estimated 7 million people die from urban air pollution each year. That doesn’t even factor in the other costs. Due to its carbon footprint, accidents, congestion and noise, transportation amounts to up to 15% of the lost gross domestic product in Beijing, for instance.

The Electrifying Possibilities of Public Transportation

It’s not the only solution to these problems, but going green in the public transportation sector would have a significant positive impact. On the surface, the immediate benefit of electric public transportation is that it lowers long-term transit costs for cities. In terms of fuel and maintenance, electric vehicles save money in the long run, despite the upfront costs involved. One estimate projects that a $4 trillion investment in electric public buses and trains would yield $1 trillion annually by 2030.

However, electric transportation benefits go much further than that. An investment in clean public transportation could reduce carbon dioxide emissions by 0.71 gigatonnes in the next 10 years. And the World Bank reports that green transportation will create around 53 million jobs in emerging markets around the globe by 2030.

These aren’t just pipe dreams. Many cities and countries are putting their resources into electric public transportation. The IISD highlights Indonesian city Jakarta’s efforts to electrify and integrate its public transportation in the longest rapid bus transit line in the world — a feat that won it the Sustainable Transport Award. And China’s 400,000 electric buses make up around 99% of the global total. The U.S. has some catching up to do, but cities around the nation have announced plans to fully electrify their bus fleets over the coming decades.

For many cities, the road toward electric public transportation is a long one. Getting there involves numerous important considerations. Paramount among these is, of course, the cost. One electric transit bus costs around $750,000, compared to $500,000 for a standard diesel transit bus. And that doesn’t include the cost of installing the necessary charging infrastructure to support electrification. These investments will pay off in the long run, but still represent a hefty initial cost.

This investment requires better public funding — and the governance to support the effort and planning. User fares won’t be enough to cover the costs, and the programs will need sustained initiatives on the municipal level to succeed.

Those initiatives must focus heavily on effective long-term planning. Electric vehicles require a drastically different infrastructure than their traditional, gas-fueled counterparts. Range limitations mean that charging must be available at proper intervals around the route, and fleet needs must be planned with the EV route in mind. Not only that, but employees in the public transportation sector will need the proper training support to learn how to operate and maintain these new vehicle fleets.

With proper planning, the route and placement of electric bus stations could transform the urban landscape. Replacing the noise and pollution so prevalent at existing transportation hubs with clean, quiet access to public transportation may change where people want to live and make neighborhoods that were once avoided more desirable.

Are You Ready To Drive Your City Forward?

Transitioning to electric public transportation is not a simple, overnight endeavor. It takes significant effort and planning, not to mention ample upfront investment. Doing it will require creativity and forethought, along with strong leadership to get the public on board.

Getting there won’t be easy, but the alternative is to continue watching a large portion of our nation’s transportation network damage the environment, soil our cities and harm human health. The long-term payoff is well worth the immediate effort. Learn how EV Connect can help your city electrify its public transportation and read our Guide to Future-Proofing Your City with EV Charging to drive your city forward.