2022 has been so far a good year for car manufacturers in India. Till now we have seen the launch of several new models in the market. Manufacturers like Maruti has updated many of their existing models as well. As festive season in India is about to start, car manufacturers are preparing to launch even more models. Here we have a list of 4 new cars that will be launching in August.

Yes, you read it right. Maruti Suzuki had stopped the production of Alto K10 when the new emission norms came into effect. Maruti is all set to launch the new generation Alto hatchback in the market and the manufacturer will be bringing back the K10 version of Alto with the upcoming Alto. The next-generation Alto has already been spotted without camouflage during the shoot of TVC. The lower variant of Alto is expected to be powered by same 796 cc engine while the higher variants would get the 1.0 litre DualJet engine. The upcoming hatchback is expected to be launched on August 18. A detailed drive review of the same would be coming on our website and YouTube channel soon. The next-generation Tucson has already been unveiled in India. The prices for this flagship SUV from Hyundai is yet to be announced. The official price announcement of Tucson will happen on 4 August. Tucson is currently the most feature loaded, premium and technologically advanced Hyundai in India. Bookings for the new Tucson has already started. It offers features like 10.25 inch touchscreen infotainment system, electronic parking brake, ambient lights, panoramic sunroof, fully digital instrument cluster, leather upholstery, ADAS and so on. The car will be offered with both petrol and diesel engine options. The petrol version uses a 2.0 litre naturally aspirated unit generating 156 Ps and 192 Nm of torque. The diesel version uses a 2.0 litre turbocharged diesel engine that generates 185 Ps and 416 Nm of torque. 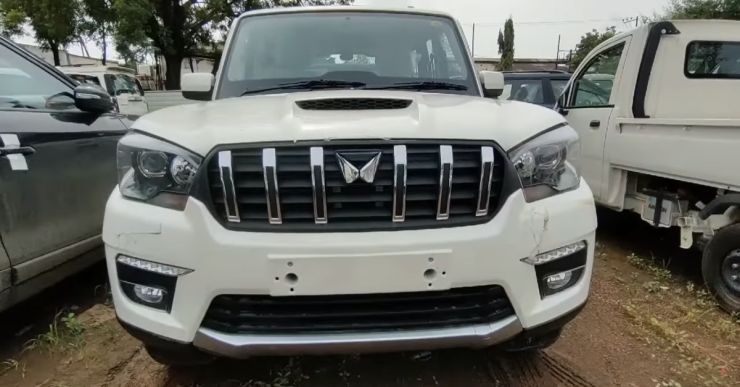 Mahindra launched the all-new Scorpio N in the market recently and they had mentioned that they won’t be discontinuing the older Scorpio. They are rebadging it as Scorpio Classic and will be sold along with Scorpio N. Mahindra has been working on making cosmetic changes to the Scorpio before launching it as Scorpio Classic. The car has been spotted testing several times and recently it was spotted at a dealer stockyard too. Mahindra is expected to launch the updated version of the SUV in the market sometime later this year. It will be offered with a 2.2 litre mHawk diesel engine with a manual gearbox only.

Toyota unveiled their first-ever mid size SUV Urban Crusier Hyryder in India recently. Toyota will be launching the Hyryder SUV in the market on 16 August. Bookings for the SUV have already started via dealerships and website. Hyryder will be offered with two petrol engine options. There will be a 1.5 litre engine with a Strong Hybrid system. The other petrol engine is also a 1.5 litre unit which will come with a mild hybrid system. The mild hybrid version of Hyryder will come with AWD feature as well.

WagonR, Baleno and Swift are top 3

The All-New Exclusive NOVITEC Range For The Ferrari Portifino M

Keep Out of Direct Sunlight: Pro Valeting Tips for Washing Your Car in Summer