The Italian luxury and supercar manufacturer Automobili Lamborghini S.p.A. has never shied away from going extreme. Be it in the department of looks, huge engines or creating weird but fun stuff. In its testament to its out-of-the-box creating skills, the company has now once again teased us with something extremely interesting and radical. This time around the Sant’Agata Bolognese headquartered outfit has given us a teaser of a Huracan that is not meant for concrete roads but rather dusty terrains.

Earlier this year, Lamborghini CEO Stephan Winkelmann divulged that company will be showcasing two new variations of its V-10-powered Huracán supercar. The first of which was the Huracan Tecnica, which was released in April and had the same rear-wheel-drive, 631-hp powerplant as the track-focused Huracán STO but with less severe aerodynamic components. Although the second model was a bit of an eccentric car and it was an off-roading oriented Huracan and at the time it was named the Huracan Sterrato. However, after the announcement, we did not hear much about this off-roader until very recently when the Italian automaker released a teaser.

In the newest teaser released by Lamborghini, we can see there are a few distinguishing features between the idea and the test mule of the supercar. The production version retains a pair of rectangular LED rally lights above the front bumper, but the third LED light bar affixed to the roof rails has been removed—the presence of the roof rails, however, will allow owners to install their own aftermarket auxiliary lights. The real car looks to have the same slatted engine cover and black plastic wrapping around the wheels as the concept, but there also appears to be an air inlet rising from the engine compartment.

As of yet, aside from the teaser the information on this new model is fairly scarce but the Sterrato is anticipated to debut before the end of 2022, however, the teaser did not specify a release date. The Sterrato’s mechanical details are unknown at this time, although it is assumed that it will have all-wheel drive and the same 5.2-liter V-10 with 631 horsepower as previous AWD Huracán versions. 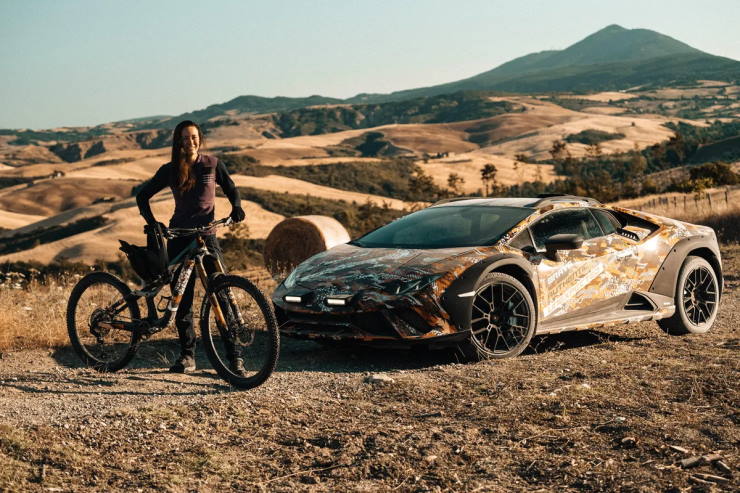 In other Lamborghini news, as the 200th Urus SUV was delivered in India, Lamborghini announced a new sales milestone. For the past 4.5 years, Lamborghini has been selling the Urus in India. In March 2021, the first 100 units were sold. With more than 20,000 units sold worldwide, the Urus is the Lamborghini vehicle with the highest sales volume. In India, the SUV accounts for 80% of new Lamborghini purchases. Giallo Auge, Nero Noctis, and Bianco Monocerus are the Urus’ most preferred colours in India, according to the supercar manufacturer.

The Lamborghini SUV is powered by a 4.0-litre V8 petrol engine that has been twin-turbocharged. It produces a max power output of 650 Ps and a peak torque output of 850 Nm. It is mated to an 8-speed automatic transmission that is sourced from ZF. The transmission transfers the power to all four wheels. The Urus can hit a ton in 3.6 seconds and has a top speed of 305 kmph.

Is X Shore launching a new electric boat? Here are the teaser pics