As the niche automotive market in India is growing day by day, more and more international automakers are targeting India as their next important market. One of the most recent automakers to join this list is the Italian niche two-wheeler manufacturer Moto Morini. The company last month made an announcement that it will be entering India in association with Hyderabad-based Adishwar Auto Ride India. It revealed that it will be making its India debut with four of its motorbikes.

According to the company, the product line-up in India will include four 650cc motorcycles, namely the X-Cape 650, X-Cape 650X, Seiemmezzo 6 ½ Retro Street and Scrambler. Additionally, Moto Morini intends to develop a sizable dealer network in the Indian market. The brand noted that customers would be able to experience the new product offers through these touchpoints.

Speaking on the announcement, Vikas Jhabakh, Managing Director of Adishwar Auto Ride India Pvt Ltd said, “We are delighted to introduce Moto Morini brand to the Indian motorcyclists. At Adishwar Auto Ride India, one of our key endeavors is to create values through our relationships with our customers,” He further added, “With our tenure and experience in the superbike segment, we are certain of successfully establishing the brand in the country.” 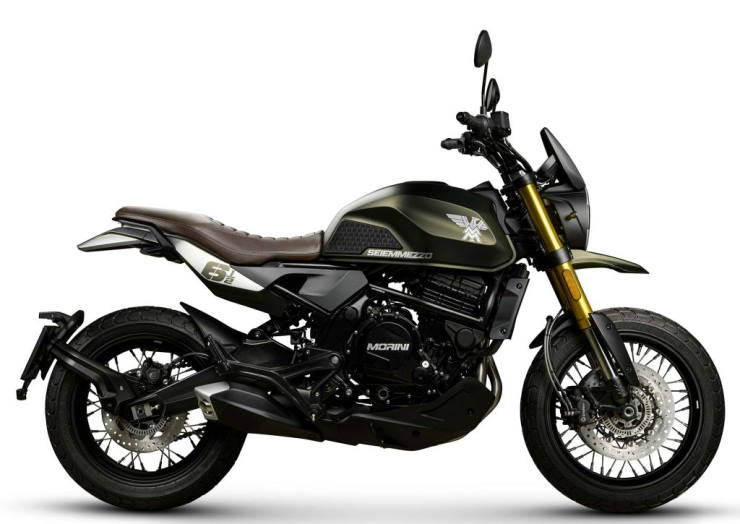 Moto Morini is an Italian motorcycle manufacturer that was established in 1937 and is renowned for producing lightweight, quick race motorcycles in the 1950s and 1960s. The 350 cc and 500 cc models of the company’s first V-Twin bikes were released at the beginning of the 1970s. Although, Moto Morini was troubled by labour problems and declining sales by the 1980s, and by 1987, the company had been sold to Cagiva, who had also bought Ducati the year before. Motori Franco Morini, the nephew of Alfonso Morini, then purchased the company from Ducati in 1999. And in October 2018, the Chinese motorbike maker Zhongneng Vehicle Group acquired Moto Morini.

Moto Morini will be launching its X-Cape line adventure tourer motorcycles and Seiemmezzo 6 ½ range models as part of its launch portfolio. Both the 650 and 650X of the X-Cape line, are powered by the same 649cc, liquid-cooled, inline twin-engine which churns out a decent 60hp at 8,250rpm and 54Nm at 7,000rpm through a 6-speed gearbox. Meanwhile, the retro street (called STR abroad) and scrambler (called SCR) models are also powered by the same 649cc, liquid-cooled, inline twin engines, however, the power output on these bikes is a little lower at 55hp and 54Nm than the ADVs. Currently, the exact launch dates and pricing of these forthcoming models have not been revealed but we can expect them to be released in the coming few weeks time.