Only a few days ago, spy images of the next-generation Swift hatchback surfaced online from Europe. Now, a rendering image shows what the next-generation model of the popular model may look like in real life. The rendered image by SRK imagines the production of the 2023 Maruti Suzuki Swift.

It has been five years since the third-generation Maruti Suzuki Swift made its debut. With its lifecycle coming to an end, we can expect Maruti Suzuki to bring the new model to the Indian shores next year.

Keeping in mind that the Indian-spec Swift will be different and will be in a less sporty avatar than the European model, the new Swift does look much more aggressive. Going by the design, the new Suzuki Swift has a more squatted stance and is expected to have a more mature design, with a wider and slimmer front grille and sleeker headlamps and tail lamps.

The camouflaged model also had the rear door handles mounted on the door panels, and not recessed within the C-pillar like in the current generation version. The car also happens to miss out on the C-pillar black tape, which gives the current version an impression of having a floating roof. With these moves, it seems that Suzuki is adapting traditional roots for the new Swift.

The new Suzuki Swift also seems to have more upright pillars and lesser curves on the side profile, thus making it in line with the first and second-generation versions of the hatchback. However, the haunches behind the rear fenders look bulkier than before, which makes this new Swift look wider than the current and past versions of the Swift.

2023 Swift will get the same engine 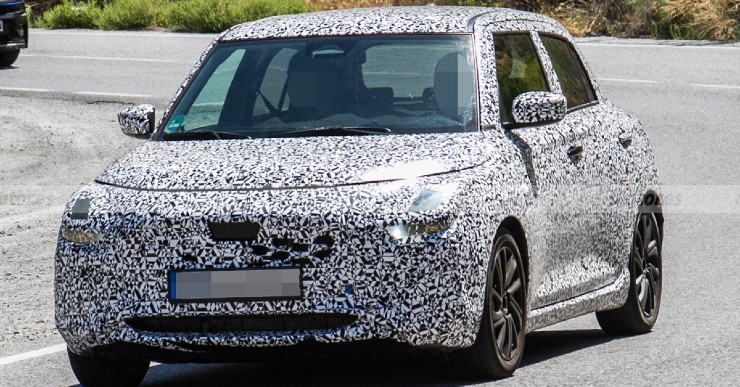 The engine option will continue to be the same 1.2-litre four-cylinder K12C Dualjet petrol engine powering the current version of the Swift. Available with both 5-speed manual and AMT gearbox options, this engine produces 90 PS of power and 113 Nm of torque.

While it is not clear when the model will arrive exactly in India, it will surely up its game by sharing the new-generation features from the recent launches by Maruti Suzuki, such as Baleno and Brezza. The list of features will become longer, with new bits like a bigger 9-inch Smartplay Pro+ touchscreen infotainment system, wireless charger, head-up display, six airbags and more.