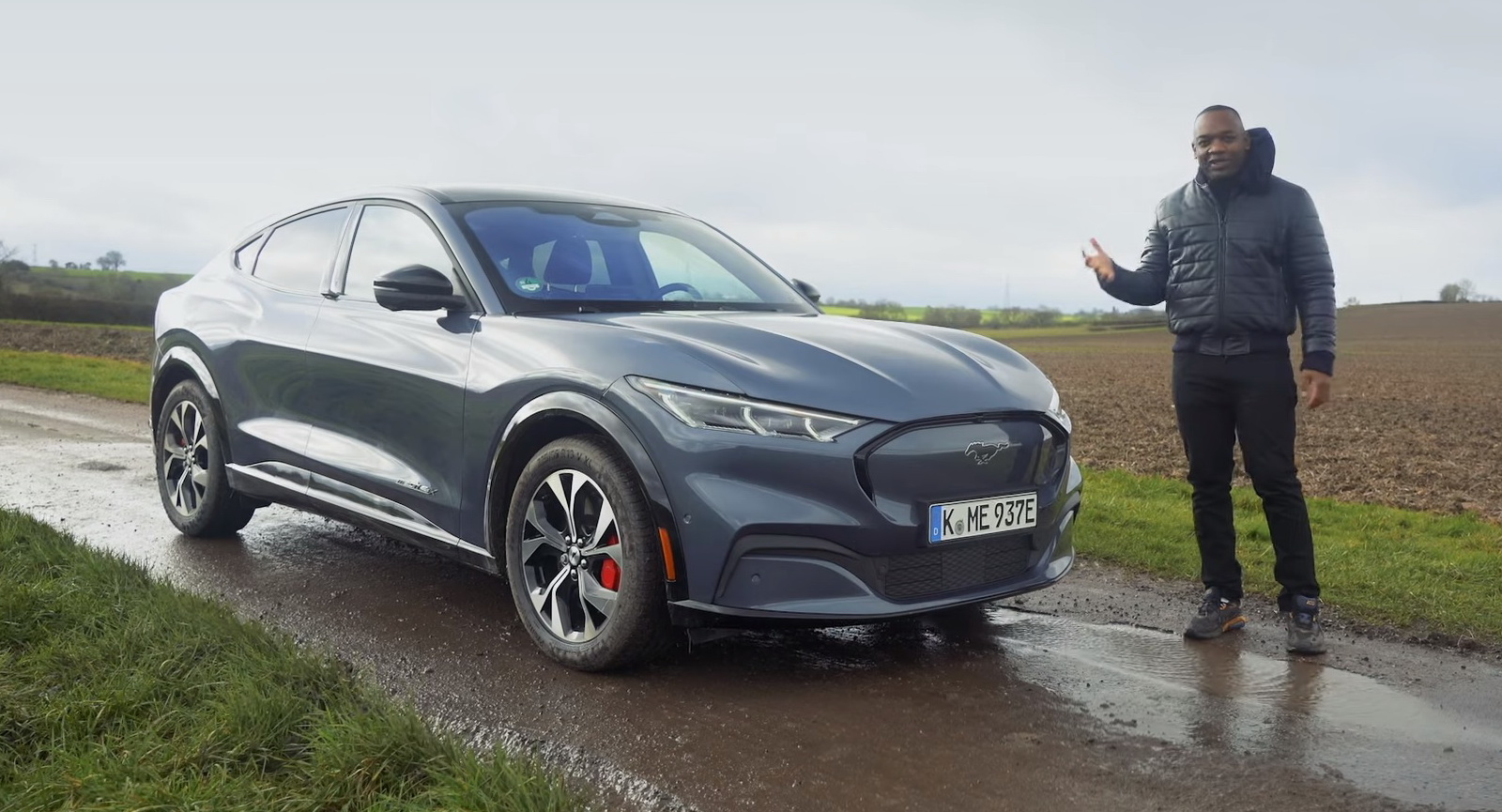 The first examples of the Ford Mustang Mach-E have reached Europe and the feedback from the first reviews is more than positive.

Autotrader’s Rory Reid brought out his personal Mustang Convertible to find out if there are any similarities (other than the name) between these two very different models. Ford is after all claiming that the Mustang Mach-E shares the same DNA with the popular pony car.

There’s no denying that Ford has made an overall good-looking SUV with the Mustang Mach-E, managing to blend familiar cues with a practical body. And while that handlebar mustache-like trim on the front end still has its critics, as far as front ‘grilles’ go Ford is far from the worst offender in today’s market.

The Mustang Mach-E will be available with both single- and dual-motor setups, offering a driving range of up to 379 miles (610 km) in RWD and up to 335 miles (540 km) in AWD variants. Customers get to pick between a 76 kWh and a 99 kWh battery pack.

Reid praises the new Mustang Mach-E for its cabin design and quality, as well as its handling on a winding road. It will even let its tail step out a little under power, giving it a more fun-to-drive character than most of its competitors. However, the sporty handling is accompanied by a slightly busy ride quality, but that’s not enough to spoil the overall good impression left by Ford’s EV.

This article was originally published by Carscoops.com. Read the original article here.